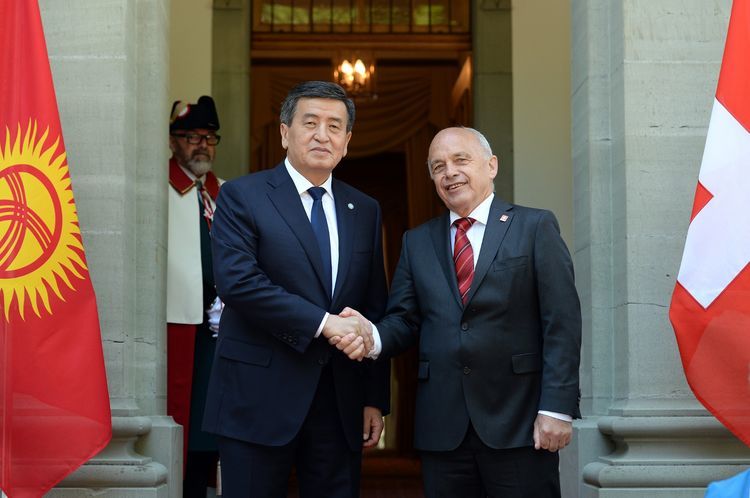 The visit began with a meeting of Sooronbai Jeenbekov with the Swiss President Ueli Maurer at Lon Manor residence in Bern city. The state flags of Kyrgyzstan and Switzerland were hung out in the residence, a guard of honor was lined up. 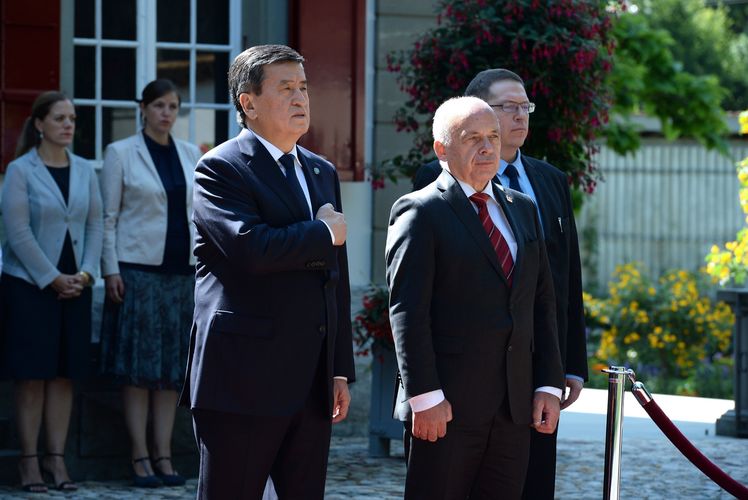 «The national anthems of the two countries were played, Sooronbai Jeenbekov and Ueli Maurer made a round of the guard of honor and introduced the members of official delegations. Later, the heads of state went to the negotiations in one-on-one format, after which the meeting will continue in an expanded format,» the statement says.

In the framework of the visit, Sooronbai Jeenbekov plans to meet with the President the National Council of the Federal Assembly Marina Carobbio Guscetti and the Chairman of the National Bank Thomas Jordan. The head of state will also meet with representatives of large business of Switzerland with participation of entrepreneurs from Kyrgyzstan.