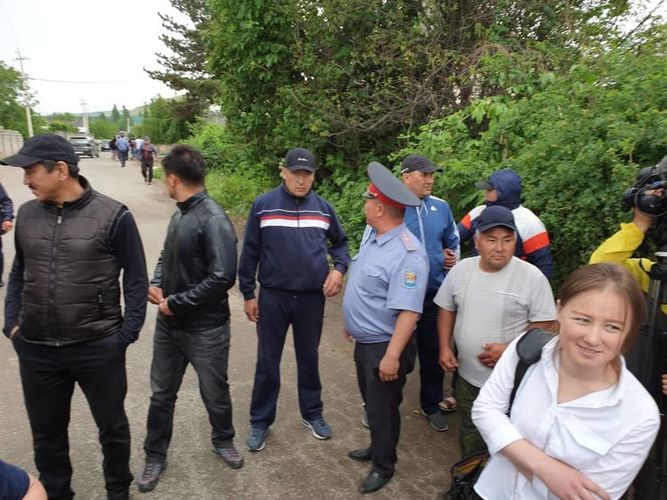 One more conflict occurred between the local residents in Orok village of Sokuluk district.

One of the women gave an interview to the media and stated that after the conflict between teenagers, people came to her and said to close the windows and doors.

During the interview, other fellow villagers approached her and began to refute her words. Villagers were indignant at the statements of the woman and began to shout.

Police officers blocked the road and prevented the provocation.

Residents are waiting for a general meeting near the local mosque where the issue of reconciliation of the parties is expected to be resolved.

The scuffle between three guys occurred yesterday on June 5 after the festive Ait namaz. After that, two groups of local residents gathered, broke windows of 15 houses and burned down a shed. 32 people were arrested, 31 of them were released, deputy of the local council is kept in the pretrial detention center of Sokuluk district.