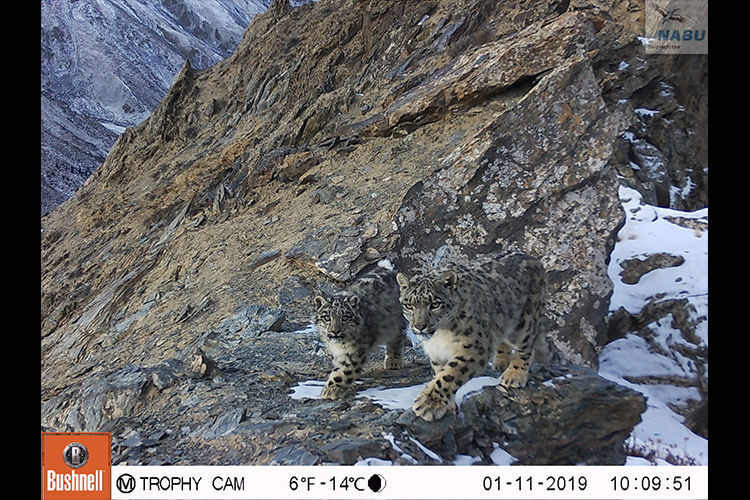 According to the union, camera traps were installed in November 2018 in Khan Teniri State Natural Park at an altitude from 3,600 to 4,200 meters above sea level.

The cameras captured a snowcock, manul cat, ibex, fox and other wild animals. In December 2018, a snow leopard with three cubs was captured. The organization called it a great success. Currently, the predator is being identified and counted.