Preservation of Russian language in Kyrgyzstan demonstrates unity of peoples 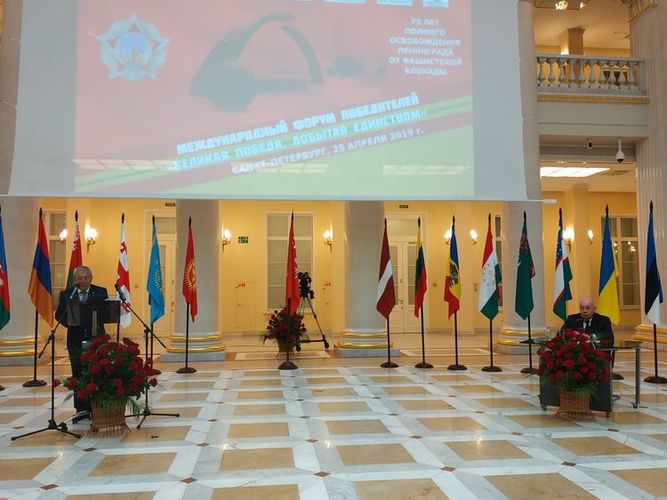 «Preservation of the Russian language in Kyrgyzstan as an official demonstrates unity of our peoples,» Murat Dzhumantaev, President of the National Academy of Sciences of Kyrgyzstan, said at the 9th International Winners Forum «Great Victory Gained by Unity.»

The forum’s moderator, Special Representative of the President of Russia for International Cultural Cooperation, Mikhail Shvydkoy, introducing the President of the National Academy of Sciences, recalled that he himself was born in Kyrgyzstan.

Murat Dzhumantaev welcomed the forum participants on behalf of the Kyrgyz delegation and told about the role of Leningrad in the history of our country and Kyrgyzstanis in the Great Victory.

Almost 300 delegates from all countries of the post-Soviet space take part in the forum in St. Petersburg, dedicated to the 75th anniversary of the complete liberation of Leningrad from the fascist blockade: veterans of the Great Patriotic War, residents of besieged Leningrad and their descendants; government representatives; leaders of public organizations and search movements; historians; representatives of the creative intelligentsia and the media.