Abylgaziev: Trade turnover between Russia and Kyrgyzstan grows by 13.7% 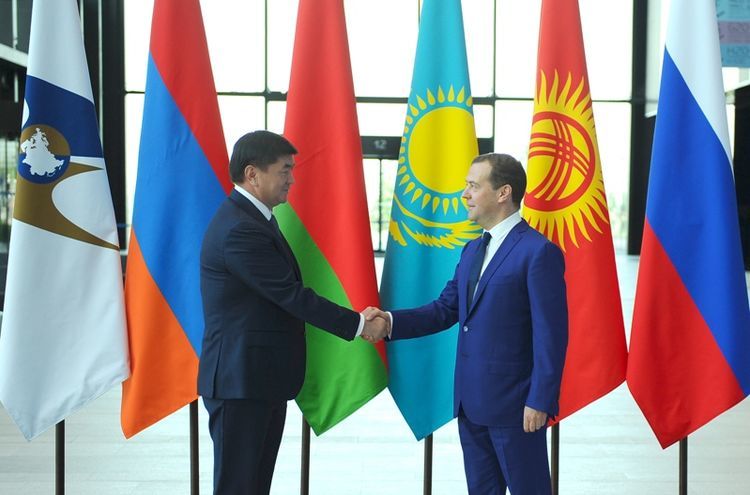 It is specified that the meeting took place within the framework of the regular meeting of the Eurasian Intergovernmental Council.

Mukhammedkaly Abylgaziev noted that bilateral allied relations continued to develop at a high level, an active political and economic dialogue was maintained.

«I am confident that the potential for increasing trade turnover and building up trade and economic ties between our countries is huge. The trade turnover in January-May 2018 between the two states increased by 13.7 percent compared to the same period in 2017. At the same time, the increase in trade turnover was for both in the export of Kyrgyz goods and the import of goods from Russia,» the head of the government stated.

During the meeting, Mukhammedkaly Abylgaziev touched upon issues concerning the legal status of Kyrgyz citizens in the Russian Federation.