President of Kyrgyzstan Sooronbai Jeenbekov met the President of Russia Vladimir Putin at the State Residence No. 1. The protocol ceremony was held in a new format.

The head of Russia arrived at the Congress Hall by his own armored Aurus. A platform of white marble was built at the residence for official ceremonies of meetings of foreign leaders. 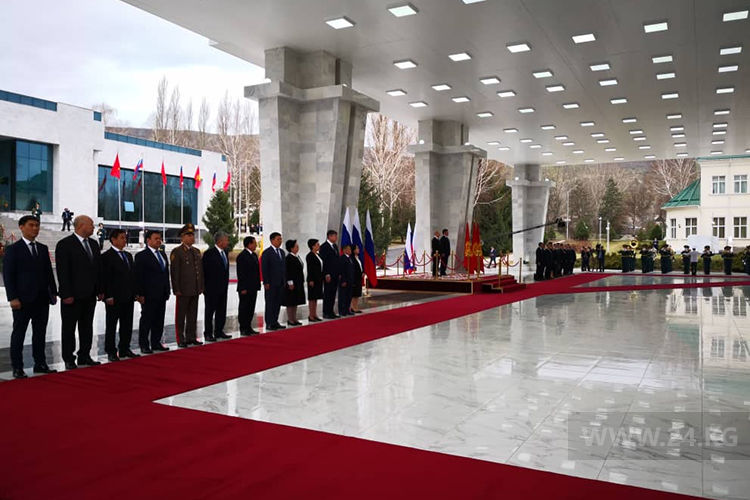 The heads of the two states walked through the platform, where they were greeted by a guard of honor, and the anthems of the two countries were played. Vladimir Putin and Sooronbai Jeenbekov went down the line. The President of the Russian Federation welcomed the guards in the Kyrgyz language.

After that, the leaders went into negotiations in narrow format.