Overpass on Valikhanov Street in Bishkek to be landscaped 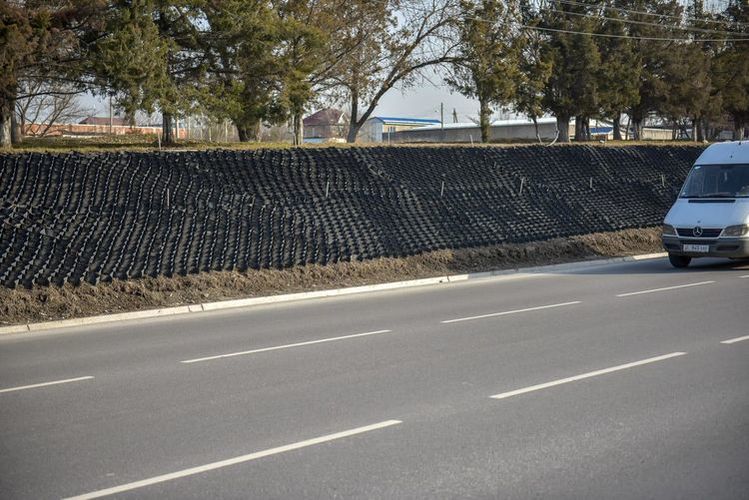 Employees of Bishkekzelenkhoz continue to strengthen the slopes of the overpass on Chokan Valikhanov Street with the help of geowebs. Press service of the Bishkek City Administration reported.

Preparatory measures for territory planning, lowering and leveling of the soil on the slopes were carried out in the autumn. Then, to strengthen them, laying of geowebs that look like honeycombs, began.

«After laying, the structures will be filled with special soil for subsequent seeding of lawn grass and annual flowers,» the city administration noted.

Earlier, the enterprise had reportedly landscaped overpasses at the intersection of Manas Avenue and Leo Tolstoy Street, on Ibraimov Street (from Kulatov to Bokonbaev) and Abdrakhmanov Street (from Leo Tolstoy to Tugolbai Ata Streets).

«Upgrading of roads by installing geowebs is widely used in many cities. Geowebs are used not only for decoration of a city, but also to ensure the stability of road slopes to erosion and prevent ground slipping,» the city administration told.