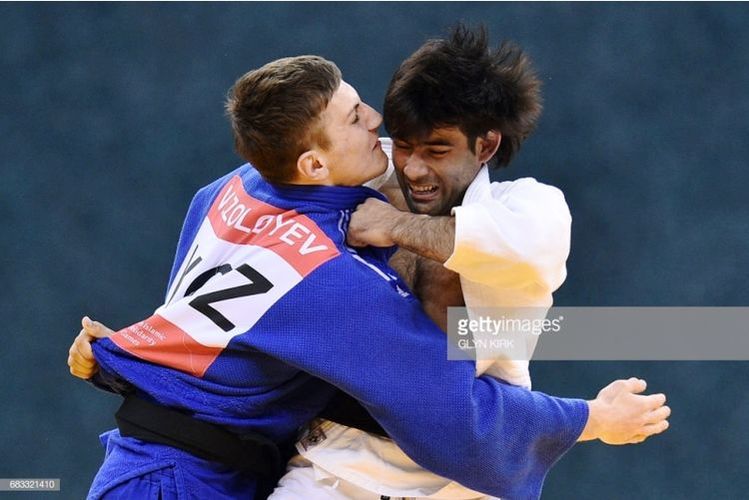 He competed at a judo tournament in the weight category of 81 kg and had four fights. At the start, he defeated Mohamad Kasem (Syria), then lost to Sengsu Li (South Korea), in the consolation round he beat Hayan Gao (China), and defeated Takeshi Sasaki (Japan) in the fight for the 3rd place.

This is the second medal of the Kyrgyz judokas at the current Asian Games.