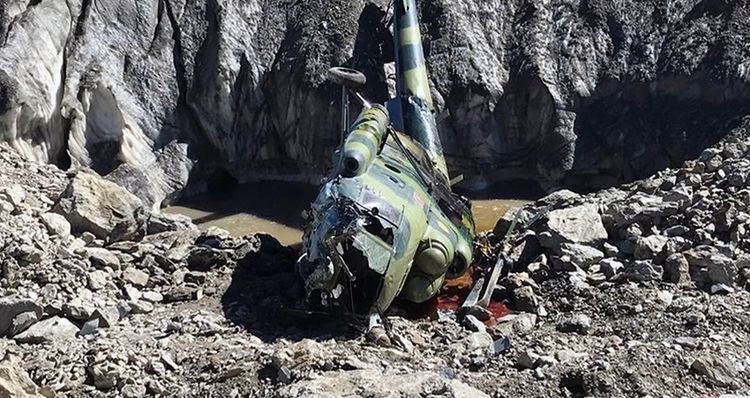 The Interstate Aviation Committee refused to investigate the causes of Mi-8 MTV helicopter crash in the mountains of Kyrgyzstan. Own sources informed 24.kg news agency.

Earlier, the Military Prosecutor’s Office sent a request to the IAC to help with the investigation of the accident. However, the agency received a negative response.

Gulzat Dzharasheva, the Head of the Information Support Department of the General Staff, is not available for comment.

Recall, on July 9, the helicopter carried out a search operation and went off the radar. According to the General Staff of the Armed Forces of the Kyrgyz Republic, it crashed during a rescue operation on the South Inylchek because of the strong side wind. As a result of the crash, six people were injured — three servicemen and three tourists. The aircraft is beyond repair. It was left in the mountains because of the lack of available means for towing.