Indian Sandeep Bijawat disappointed with lack of tolerance in Kyrgyzstan

Sandeep Bijawat came to Bishkek six years ago from India. He entered the medical faculty, finished his study and got a diploma of a therapist, but did not start working in his degree field. By the way, he did not return to his homeland either. «If I came back to India, my parents would force me to put on the lab coat, but I do not want to be a doctor at all. My vocation is music,» told Sandeep. «But my relatives do not approve my hobby, they think that this is not serious. That’s why I stayed in Bishkek.» 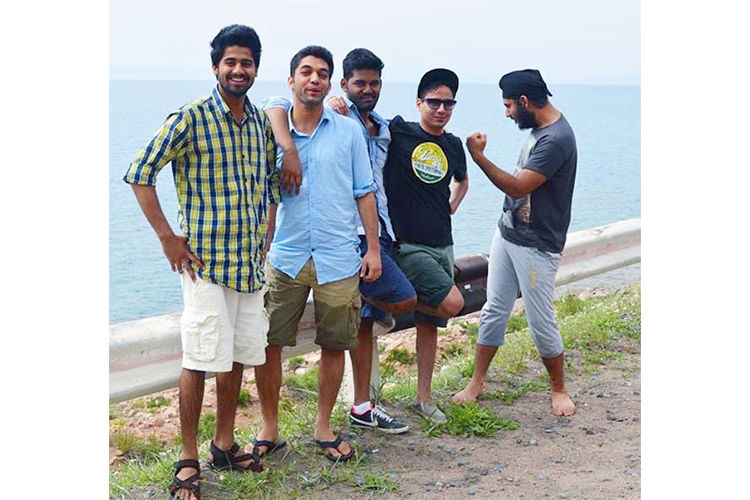 Sandeep told that Kyrgyzstan became his second homeland. «I have many friends and a girlfriend here,» he told smiling.

Aurelia, Sandeep’s girlfriend, came from France, but they met in Bishkek by chance. «We started dating. We decided to open a music cafe in Bishkek. We offer our visitors Indian cuisine, French wines, cheeses and pleasant music. But we are just at the beginning,» told Sandeep.

— We have a famous actor Mithun Chakraborty, you have probably heard about him. He, of course, is very popular in India, but I was surprised how much he was known here, in Kyrgyzstan. 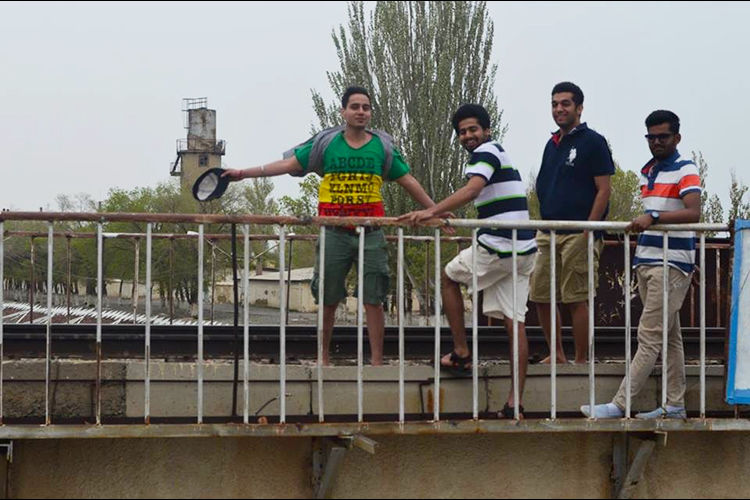 — There are a lot of fans of the Indian cinema.

— You’re right. His songs from films like Disco Dancer, Boxer, The Royal Hunt, Sentenced — I can list them for an hour: Chakraborty played in 350 films — every Bishkek resident has heard about them even once regardless of age, even the young people. I was amazed. I told my parents and sisters about this (I have three sisters), they were surprised, at first, they did not believe, they thought that I exaggerated.

I attended a Kyrgyz wedding once and his songs were ordered there. All the people danced.

-My native town is small. It is approximately like Bishkek. And people there are very sociable, especially sellers on the markets and taxi drivers. It is the same in Bishkek. When I take a taxi, the drivers immediately start a conversation with me, they are very curious, they ask about my homeland, about my life Bishkek. Although I speak Russian not very well, but I can keep up a conversation at an elementary level and I gladly share my impressions of Kyrgyzstan with them. I especially like to tell about my trips to Son-Kul. This is truly a magical place!

— Do you already have a favorite place in Bishkek?

— I really like the Old Square, where a monument to Lenin is located. I love to walk there, especially in spring and autumn. Summer evenings are good too. It is impossible to do it in the afternoon. It’s too hot.

— What national dishes do you like, and what are you afraid to even try?

— I am a vegetarian. Therefore, it is difficult for me in this regard to stay in a country where meat is a priority. As for the national dishes, I prefer lagman, but I eat only stewed vegetables and the noodles — long, thin, they are similar to Italian spaghetti.

-What would you do if you were offered to eat sheep’s eyes or brains? This is a sign of respect for the guest in our country.

— Oh no! Please do not say that! I would just run away from the table. I do not want to offend anyone, but I can not eat anybody’s eyes. I am also afraid to try the beef meat. You know that a cow is a sacred animal in India.

— I was fascinated with hospitality and friendliness. All my friends here are the best people I’ve ever met. I have only relatives and friends in India.

— Have you been disappointed with something in Bishkek and in Kyrgyzstan?

— I would like to say no, but, alas, yes. I was disappointed with the lack of tolerance in most cases.

I’m a dark-skinned. So, when I leave the city (and this happens even in the capital, although rarely), I often hear: black, black...

— It’s insulting. Some people even try to touch me. What for? This is wrong and violates my personal space. And it is bad for the country as a whole. Kyrgyzstan positions itself as an oasis of tourism, but if you are gawking and mocking at people with a different skin color, it will alienate potential travelers. It is just subvertisement! But in general, of course, Kyrgyzstan is an amazing country and very original.

Sandeep Bijawat is very fond of cooking. He told that when he was on Issyk-Kul Lake, he rented a small house almost on the shore together with his friends. «Our hostess turned out to be a very hospitable woman and indulged us with all kinds of delicacies. I really liked pancakes with sour cream. Before leaving, I offered her to cook something by myself in return,» Sandeep Bijawat said. 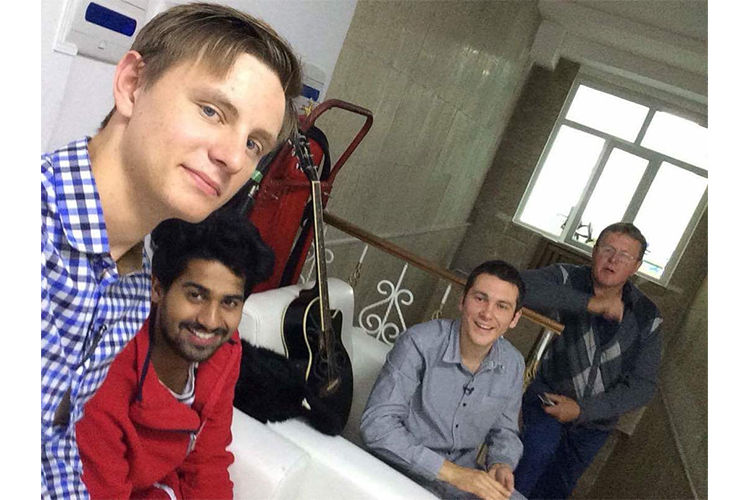 The Indian musician turned out to be a cooking professional. He surprised his friends, and the friendly owner of the guesthouse. «In India, I cook our national dish, which is something like lagman. But there are many, many vegetables and fried in boiling oil donuts. Everyone liked it very much,» Sandeep Bijawat said.

The Indian admitted that, despite everything, he had never regretted that he moved to Bishkek.