President promises to help citizens whose rights are infringed 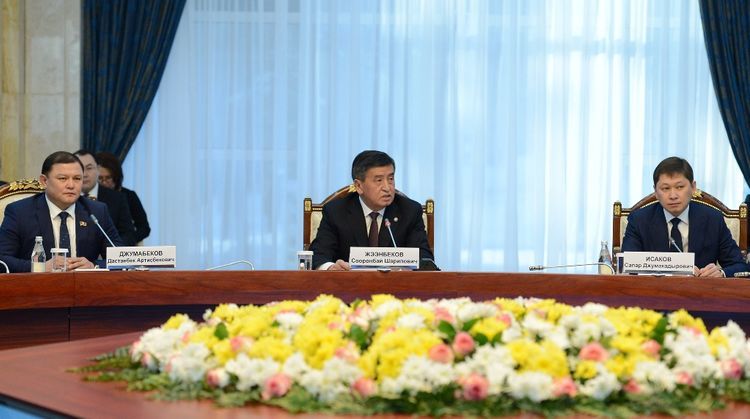 Today, the Security Council holds a meeting in the State Residence Ala-Archa 1. This is the first its meeting chaired by the new president of the country. Members of the Security Council are considering the issue «On actual measures to combat corruption in judicial, law enforcement and supervisory bodies of the Kyrgyz Republic.»

Speaking to members of the Security Council, Sooronbai Jeenbekov noted that he would not limit himself to his powers to protect the rights of citizens.

«The people elected me. Therefore, if the rights of citizens are infringed somewhere, I will intervene,» the head of state warned the security officials.

Sooronbai Jeenbekov demanded cardinal decisions in the fight against corruption from the leaders of security and law enforcement agencies.

«We give you another chance to start fighting corruption primarily within your departments and starting with yourselves. You must conduct this struggle on a national scale. We have little time. In six months or a year, we will study the results of your activity,» the president addressed the generals.