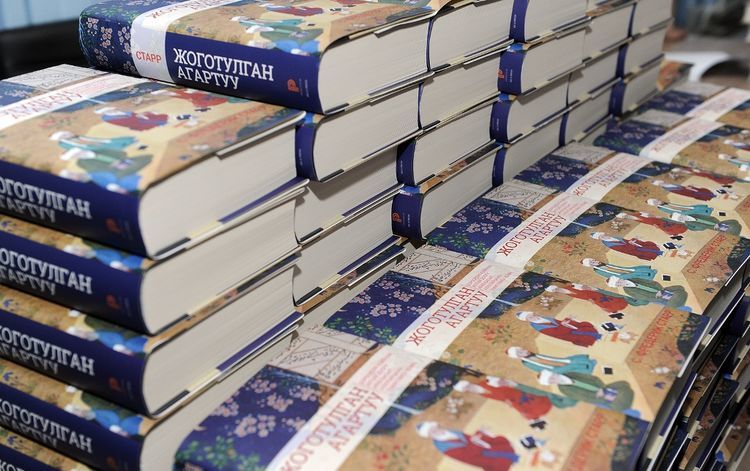 Prime Minister of Kyrgyzstan Sapar Isakov participated in the presentation of the book «Zhogotulgan Agartuu: Borborduk Asiyanyn Altyn Dooru Arab Basyp Aluularynan Temirlanga Cheyin» by the American expert on  and Eurasia Stephen Frederick Starr. The book has been translated into the Kyrgyz language. Executive Office of the Government of the reported.

According to it, Sapar Isakov expressed gratitude for the work done to the editor and one of the translators of the book into the Kyrgyz language — Professor, Head of the Education, Culture and Sports Department of the Presidential Administration Almaz Beyshenaliev.

As the author of the book Frederick Starr noted, during the centuries described in the book, was the center of the world. Then, trade, production, and intelligence were concentrated in it, and everyone understands this now, not only experts and historians.

«Today I attended a conference where Taza Koom program was discussed, and in this connection I want to note that everything in this program is based on principles that have an algorithm of the past,» the author of the book said.

The Prime Minister stressed that the book describes the lives of many great figures — Khorezmi, Farabi, Biruni, Ibn Sina, Ferdowsi, Omar Khayyam, Kashgari, Balasagyn, Ulugbek, Navoi, who had a great impact on the development of mankind.

Reportedly, the book «Lost Enlightenment: Golden Age of Central Asia from the Arab Conquest to the Time of Tamerlane,» translated into the Kyrgyz language, tells the story of the rise and crisis of the most vivid intellectual and cultural tradition in the Islamic world. The author proves that the «Muslim Renaissance» — the revivification of philosophy, exact sciences and poetry in the 9th −12th centuries — was connected by thousands of threads precisely with the territories that are now called .