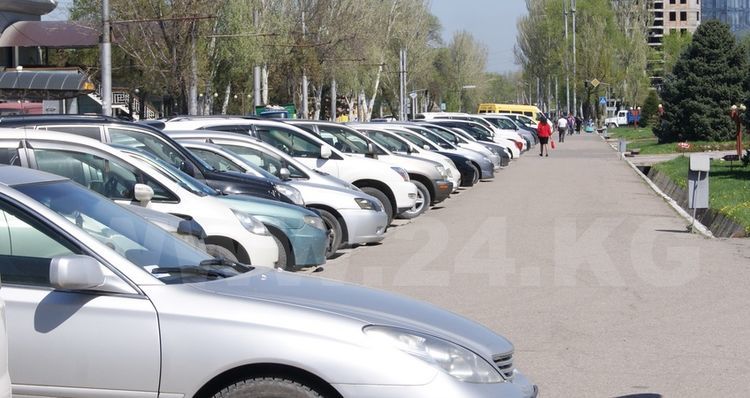 Amendments to the laws of  on Road Traffic, on Roads and on Urban Development and Architecture were submitted for public discussion.

The initiator of amendments is deputy Aitmamat Nazarov ( faction). According to him, traffic jams form on city roads in the morning and in the evening jams because of the narrowing of the roadways.

The narrowing of roads occurs because of the paid and spontaneous parking lots on the roadways. Local government bodies to the detriment of security pursue a policy of commercializing the roads. Therefore, it is proposed to create parking only outside the roadway of streets.

The document proposes to take into account the organization of available parking spaces in the design, construction and commissioning of facilities.

In addition, for the registration of vehicles registered abroad and operated in the , the draft law proposes to register them temporarily and specify the address for temporary registration of owners on the territory of our country.

When leaving the republic, in the absence of arrears of fines and other payments in the , this transport is automatically withdrawn from the temporary registration.

«In order to compensate for the deterioration of road surfaces and pollution of the airspace of the republic, the draft proposes payment of the transport tax in case the car stays on the for more than 10 days,» background statement says.

link: https://24.kg/english/66972/
views: 310
Print
Related
Kyrgyzstan to develop project of road to Karkyra gorge by the end of 2020
Paid parking to appear in Bishkek
Toktonaliev Street to be closed for repairs
Road to Kyrchyn gorge almost ready for World Nomad Games
1.5 billion soms allocated for construction of roads for 6 months of 2018
Part of road in Boom Gorge blocked due to repair work
Builders of Balykchi – Korumdu road not get their salaries again
Road in Boom gorge to be closed again
Road to Boom gorge to be closed
Part of Tynystanov Street in Bishkek to be closed for repairs
Стоимость акций Центерры на бирже в Торонто (TSX)
на 04.12.2020
USD 10,49