Ankara hosted the opening ceremony of a photo exhibition dedicated to the 30th anniversary of Kyrgyzstan’s independence. It was organized by the Embassy of Kyrgyzstan in Turkey with the support of the Ministry of Foreign Affairs. 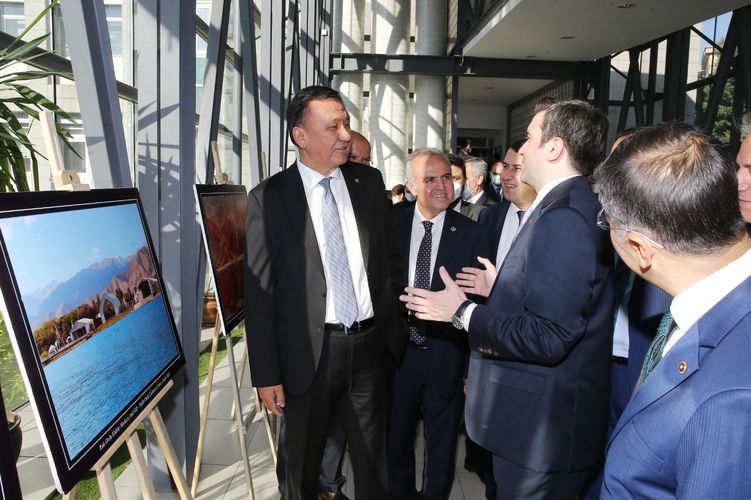 The ceremony was attended by the Deputy Foreign Minister of Turkey Yavuz Selim Kiran, members of the Turkish Parliament, Ambassadors Extraordinary and Plenipotentiary accredited in Ankara, employees of the Ministry of Foreign Affairs of Turkey, representatives of international and public organizations, business structures, the media, as well as the Kyrgyz diaspora living in the territory of Turkey.

The Ambassador Kubanychbek Omuraliev noted that the Kyrgyz people and the country have more than 2,200-year-old history. He stressed that this year marks the 30th anniversary of not only the independence of Kyrgyzstan, but also the establishment of diplomatic relations between the states.

«Kyrgyzstan intends to consistently promote democratic reforms, strengthen the rule of law, protection and promotion of human rights, and remains fully committed to all its international obligations and strictly abides by all previously signed bilateral and multilateral treaties and agreements,» the head of the diplomatic mission said.

The Deputy Foreign Minister of Turkey Yavuz Selim Kiran, speaking at the opening of the photo exhibition, noted that Turkey was the first country to recognize the independence of Kyrgyzstan.

The photo exhibition at the Foreign Ministry of Turkey will run until July 13. A similar event was previously held in the presidential palace of the Republic of Turkey with the participation of the heads of the two states during the official visit of the President Sadyr Japarov to Turkey and at the Turkish Parliament with participation of the Vice Speaker.