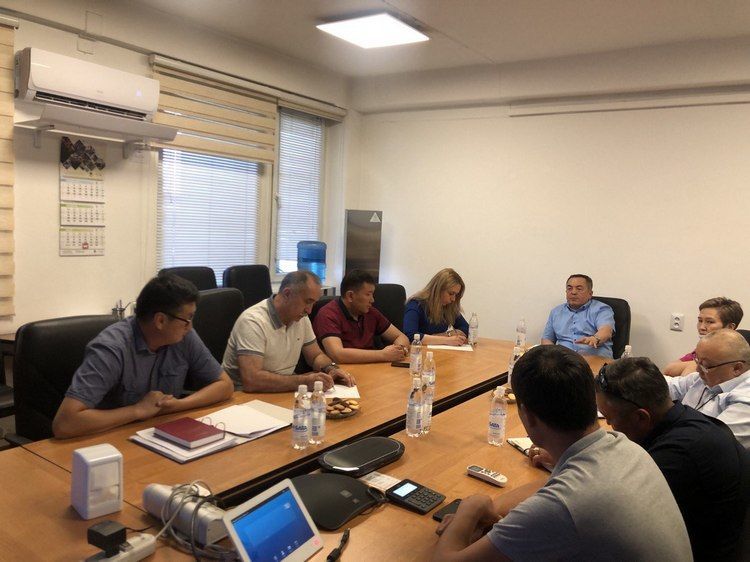 The parties discussed current and future aspects of production activities, as well as issues of strengthening social partnership between the company and trade unions representing the interests of the enterprise’s employees.

They also discussed the need to ensure uninterrupted operation of Kumtor mine, preservation of jobs, benefits and guarantees for KGC employees.

«The trade union leaders got acquainted with the current state of affairs in the company and its plans for further work aimed at stabilizing the situation in terms of ensuring safe and efficient production at the Kumtor mine. They exchanged views on the introduction of measures to protect the rights of workers. Issues were also raised regarding the feasibility of uniting all KGC trade unions into a single representative body of employees that will create equal conditions for workers, as well as ensure further cooperation and interaction on issues affecting the interests of workers. At the same time, Tengiz Bolturuk voiced a wish to the trade unions to consolidate the efforts of trade unions for joint and constructive work for improving the quality of life of employees and long-term and effective development of the company,» the statement says.

Following the meeting, the chairmen of the trade unions expressed their readiness to carry out joint and coordinated work in the field of industrial and labor relations.

As the press service of Kumtor notes, the trade unions announced their intention to hold meetings of the staff in the near future with the aim of creating a single trade union on the basis of the existing five, which, together with the new management, will be able to bring the enterprise to a new quality level of creative and collective labor, to become an example of compliance with international business standards for other mining enterprises of Kyrgyzstan.