Government supports concept of a bill on opening of casinos in Kyrgyzstan. Permanent representative of the Cabinet of Ministers in the Parliament Almazbek Abytov stated at meeting of the Parliament.

He noted that the Government would send its proposals on this bill to Parliament in the near future. «In general, we support it,» he added.

However, as it became known, the Cabinet has not yet given an official opinion on the initiative of the deputies.

Deputies of Parliament — ex-speaker Dastanbek Dzhumabekov and Baktybek Turusbekov — propose to resume the work of casinos and bookmaker’s offices in Kyrgyzstan. The deputies note that gambling houses are needed, but only in a specialized administrative district and exclusively for foreigners. The zone will be closed for local citizens.

Gambling activities, work of sweepstakes and bookmaker’s offices have been banned in Kyrgyzstan since 2015. 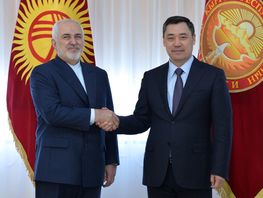