Rally against the draft bill on trade unions was held near the Government House in Bishkek.

Its participants demand to send the «anti-popular and anti-constitutional bill» for revision.

According to the protesters, this draft bill will affect development of trade unions in the country, since it is aimed at forming a centralized vertical management of trade union activities with strengthening the powers of the Chairman of the Federation of Trade Unions. 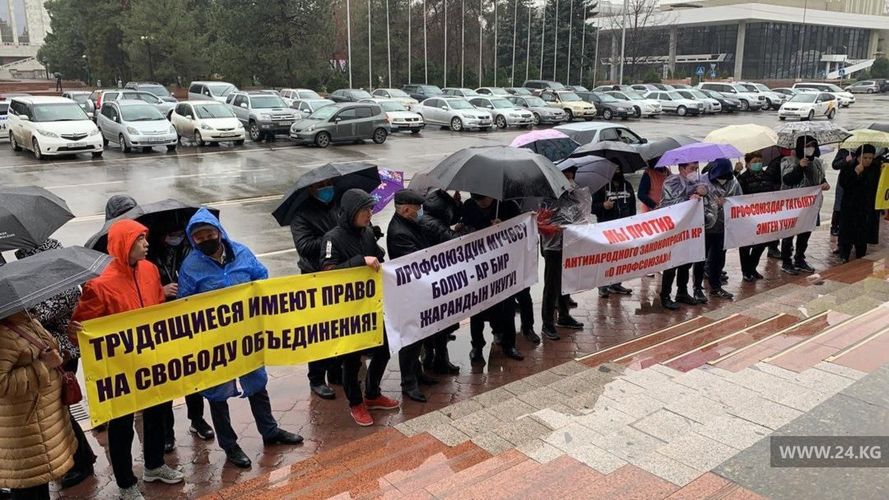