State commission on Kumtor: When MPs lose trust even in themselves 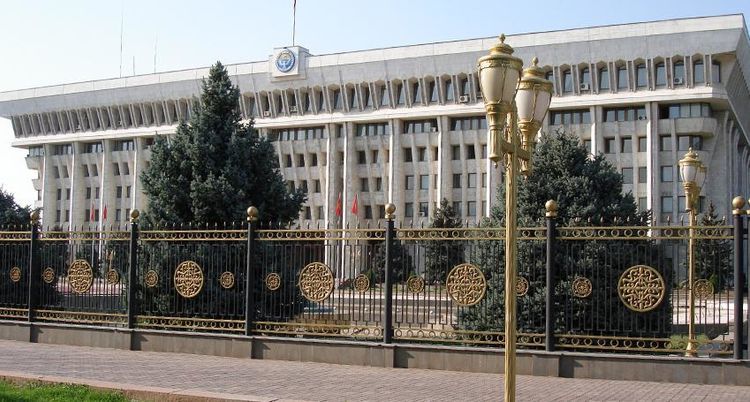 What is the sixth convocation of Parliament of Kyrgyzstan best remembered for? Continuous scandals — one day someone scolds a civil servant for a sweater, another day someone is not able to pronounce elementary words and it is recorded by the ubiquitous journalists. But what they really do masterfully is making life a nightmare for investors.

While state enterprises are falling apart, we check investors

Another parliamentary commission was created in Kyrgyzstan to check the work of Kumtor gold mining enterprise at the beginning of 2021. Members of Parliament decided for the thousandth time to check all agreements on the gold mine since 1992.

The foreign investors are, of course, not encouraged by such prospects, because no one wants to become an object of inspection by government agencies again. It would be a different matter, if it is legal!

The commission created by the deputies raises many questions from the point of view of legitimacy: does the Parliament, which should have been dissolved a long time ago, have the right to check someone?

Everyone already knows how important Kumtor is for the country. This is not just a company, it is an investment flagship, which forms 10 percent of Kyrgyzstan’s GDP and 20 percent of industry. Kumtor is billions of soms in taxes and other deductions, 4,000 jobs at the enterprise and more than 10,000 jobs created in related fields.

Naturally, such a giant is extremely attractive for those who like to thoroughly check someone. Is everything okay at the perfectly working taxpayer enterprise, which for 30 years of work in Kyrgyzstan smoothly and reliably, like a Swiss watch, paid all taxes, salaries and social security contributions, supported local communities and environmental projects worth tens of millions of dollars?

If it was an unprofitable enterprise with an unreliable investor, who has extensive connections to dishonest officials, then any of people’s elected representatives (and not only they) would be afraid of approaching it a mile away.

In 2019, the former prime minister Mukhammedkaly Abylgaziev said that 51 out of 106 state-owned enterprises has been unprofitable. At least 22 out of 52 state-owned joint stock companies do not bring any yield. At the same time, some of these enterprises are large companies with hundreds of employees who deal with rare earth metals and ores, with huge production facilities, including in the center of Bishkek. It would seem that if you look under the hood there, you will find a lot of interesting things, but, for some reason, their fate is not of interest to the deputies...

Why to check repeatedly checked

All reports on the work of the state commission are available both in the company and in government agencies. What’s the point of re-checking everything since 1992?

Another point: not a single parliamentary check has international force, if it is not backed up by an audit of recognized international companies. Then, in 2012, the state commission spent about $ 945,000 on the services of Barlev Associates Accountants Investigative Auditing, Y. Mushkat and payment for the work of local experts.

For example, to study the issue of the mine’s environmental impact, international laboratories such as the Institute of Toxicology and Environmental Hygiene (Germany) and the Josef Stefan Laboratory (Slovenia) were involved. Foreign experts took samples of soil, water, bottom sediments at Kumtor mine. They did not find any violations.

Do you know what is most surprising in the story of the new deputy commission? It includes the same MPs who have already been the backbone of the commission in 2012!

They are Akylbek Japarov and Ainuru Altybaeva. Do the deputies no longer even trust themselves since they are trying to conduct another investigation?

For several years, the activities of Kumtor were checked by the then Commissioner of the National Agency for Prevention of Corruption Sadyr Japarov. He took over as president and called on government agencies to leave foreign business alone.

«If any authorities put pressure on an investor, the agency will protect his interests. This will be in my personal competence. Even if the government changes, there should be guarantees for investors for further work. The state should not deviate from its principles,» the head of state told Kazinform news agency.

It seems that the deputies did not hear the President, since they attacked the company whose volume of payments in Kyrgyzstan exceeded $ 344 million in 2020 alone.

About the investment climate

Related news
Karazhanov: It is beneficial to create crises around investors in Kyrgyzstan
Inspired by the «unique investment climate» and «attentive attitude of our officials», foreign investors withdrew $ 808 million from Kyrgyzstan in 2020. The outflow of foreign direct investment increased by 20 percent (compared to 2019).

Having arranged problems for the investor, the same deputies will subsequently rend the air in front of television cameras, accusing someone of the economic collapse. I am sure that they will be very convincing, albeit a little hypocritical.