President Japarov meets with only manaschi in Kazakhstan 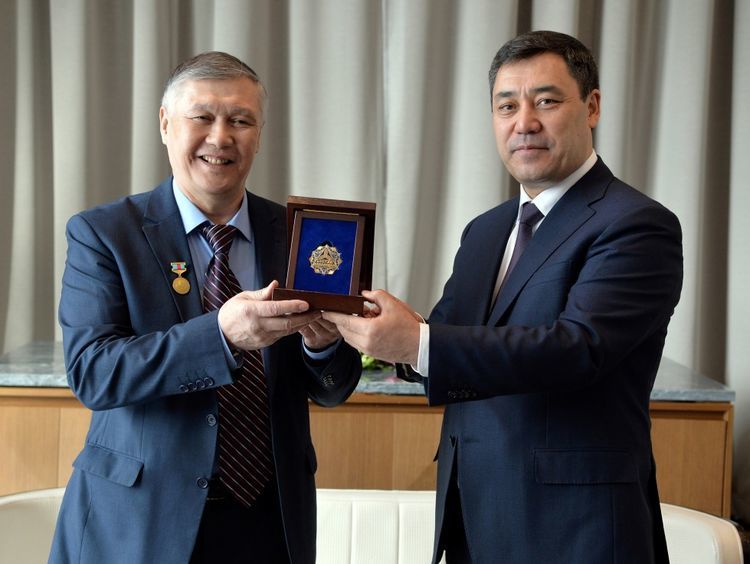 President of Kyrgyzstan Sadyr Japarov met with the only narrator of the Manas epic in Kazakhstan Bayangali Alimzhanov today in Nur-Sultan city. Presidential press service reported.

The head of state thanked the Kazakhstani for translation of the Manas epic and presented him with Dostuk Order.

Bayangali Alimzhanov noted that he translated the Manas epic for popularization and its wide distribution among the younger generation of Kazakhstanis, as he believes that modern youth should know this unique epic.

Bayangali Alimzhanov was born on October 16, 1954 in Stepnyak-Enbekshilder district of Kokshetau region of the Kazakh SSR in the family of an ordinary worker. After graduation from school, he continued his studies at the Department of the Kazakh Language and Literature of the Philological Faculty of the Kazakh State University named after Kirov in Almaty city. He is the only manaschi in Kazakhstan.

From 1984 to 2004, Bayangali Alimzhanov participated in hundreds of national, international and local competitions, and he is a multiple winner of various contests.