Residents of border areas of Kyrgyzstan held a rally near the building of the Government House in Bishkek today.

For the second day in a row they ask the President Sadyr Japarov to solve the problems of border areas.

According to participant of the rally Beknazar Aitaliev, the head of state, even being in self-isolation, should pay attention to this issue. 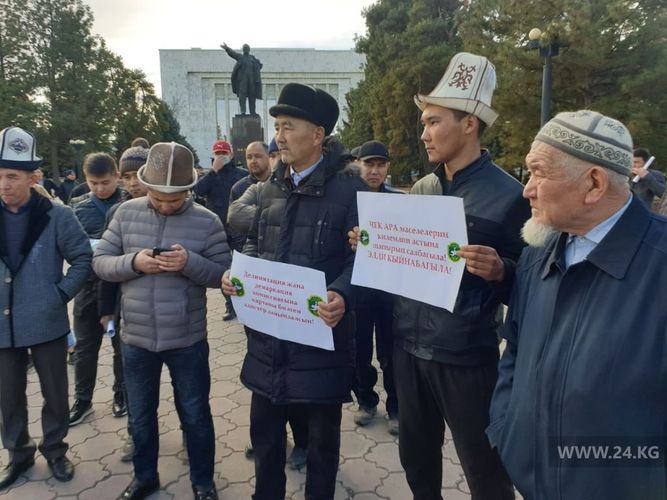 Other protesters suggest the officials themselves to come to the border, for example, to Batken region, and see with their own eyes how hard it is to live there.

The protesters said they were ready to stand next to the border guards in one row to protect their territory.

Residents of border areas have already held a rally at the Government House the day before. According to them, they are ready to hold protests daily until they are received by the President.