Rally against shooting of dogs held at Bishkek City Hall 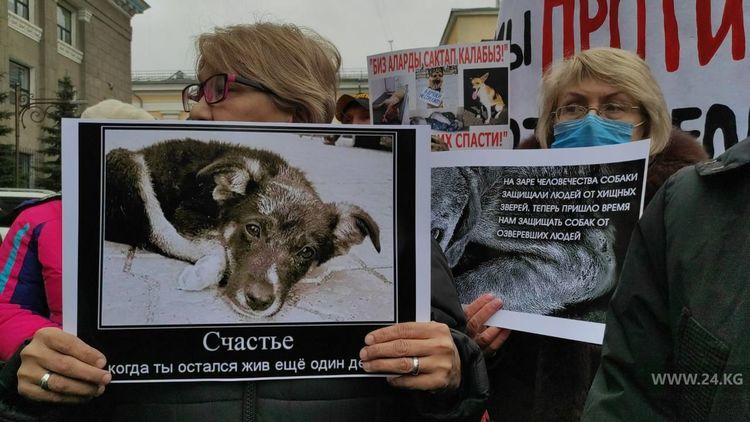 Rally against shooting of stray dogs is held near the Bishkek City Hall.

Several dozen activists gathered outside the City Hall and demanded to create a working group to resolve the issue of dogs shooting.

«We offer sterilization and chipping. We are civilized people, why do they shoot animals? Who gave them the right to kill them? Who gave Tazalyk the weapon? We should hold such employees accountable,» one of the protesters said.

Vice Mayor of the capital in charge of housing and utilities Zhamalbek Yrsaliev came out to them. He said that he has announced a month-long moratorium on shooting dogs and expressed readiness for cooperation.

«We have allocated a land plot. Activists want to build a shelter there and offer to sterilize dogs. We are always ready to work together with the townspeople,» Zhamalbek Yrsaliev said.