Head of Regional Department of Social Fund detained for bribery

The head of the Talas Regional Department of the Social Fund of Kyrgyzstan was detained for bribing the employees of the State Committee for National Security (SCNS). Press center of the state committee reported.

«It has been found out that the head of the department offered a SCNS employee money in the amount of 70,000 soms for termination of pre-trial proceedings on the appropriation of budgetary funds allocated for travel expenses by employees of the Talas Regional Department of the Social Fund,» the statement says. 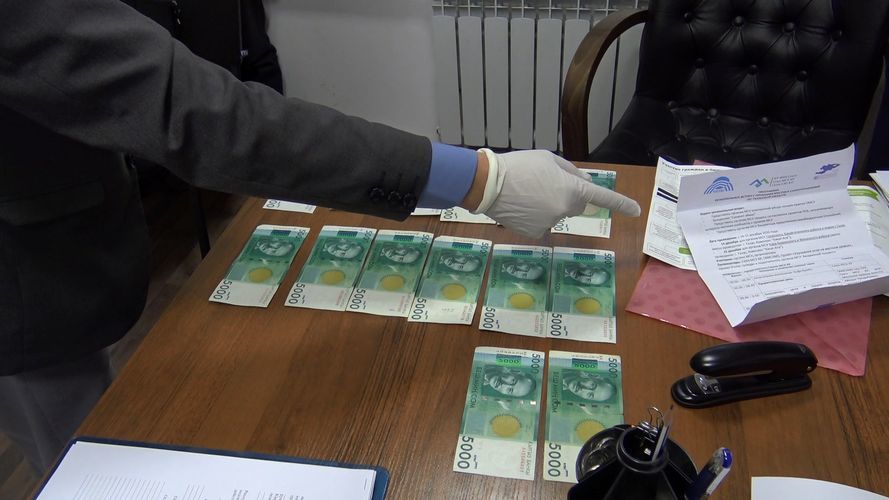 The suspect was caught red-handed when handing over the money. A criminal case was initiated. The detainee was placed in the temporary detention facility of the Department of Internal Affairs of Talas region.