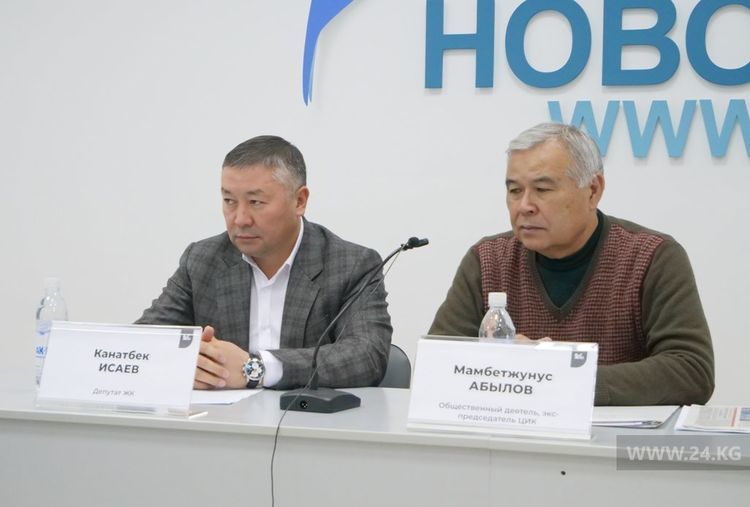 Ex-speaker of the Parliament of Kyrgyzstan, deputy Kanat Isaev, said at a press conference at 24.kg news agency that it was illegal to carry out constitutional reform with participation of the sixth convocation, the legitimacy of which was in question.

According to him, there are disputes in society over the new Constitution and the form of its presentation.

«The deputies are not familiar with this edition. The constitutional deadlines have not been met. Changes to the Constitution, if any, should be made deliberately and slowly, and not in the way it is now,» Kanat Isaev said.

The former speaker of Parliament also added that he was against the presidential form of government and elections in single-mandate constituencies. The deputy believes that there is no need to edit the Basic Law.

Kanat Isaev stressed: the sixth convocation should be dissolved and new parliamentary elections should be scheduled.

The redrawing of the Constitution was originally initiated by Sadyr Japarov. He spoke about this many times. However, the attempt to rewrite the Basic Law was shifted to the deputies of Parliament of the sixth convocation, who, in fact, became illegitimate after October 28, 2020 — their term of office has expired.