President of Kyrgyzstan Sadyr Japarov today, on May 5, signed the Constitution of the Kyrgyz Republic, adopted in a referendum on April 11.

At least 79.3 percent of citizens voted for the updated version of the Basic Law, 13.7 percent — against.

The turnout reached 36.6 percent. The plebiscite took place on April 11 on the day of local elections.

At the ceremony of announcing the message of the head of state to the people of the country, the participants of the event held a minute of silence to pay tribute to all victims of the recent events on the Kyrgyz-Tajik section of the state border in Batken region. 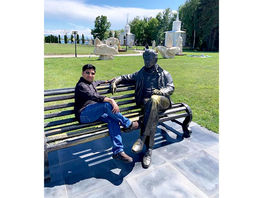