A rally of representatives of the parties that lost the parliamentary elections on October 4 is taking place in Bishkek on Ala-Too square.

The number of participants of the protest increased, according to various estimates, about 1,000 people have gathered. Supporters and candidates of Social Democrats of Kyrgyzstan, Mekenchil, Reforma, Chon Kazat and Meken Yntymagy parties came to the square. 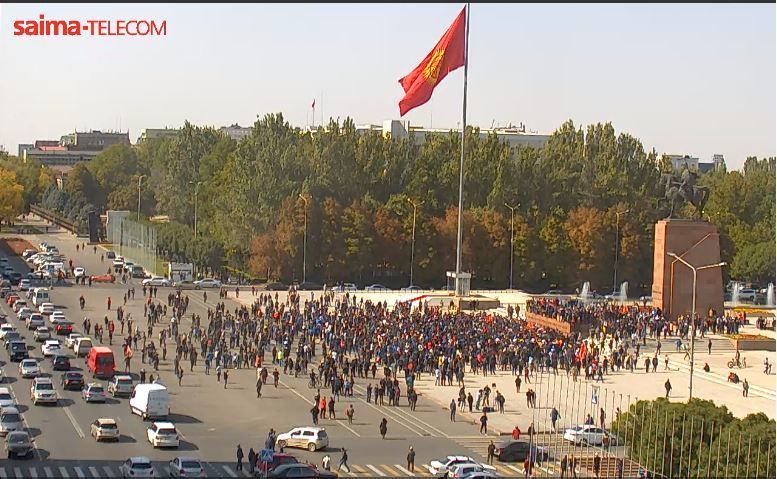 Representative of Mekenchil party, Melis Aspekov, said that the leader of the political association Kamchybek Tashiev should join the protesters. He, according to Aspekov, does not intend to jump over the fence of the White House today.

«Today we announce an indefinite protest. If necessary, we will also spend the night here,» Melis Aspekov said.

Other protesters said they did not agree with the election results. According to them, the winning parties transported voters to the polling stations and also bribed voters.