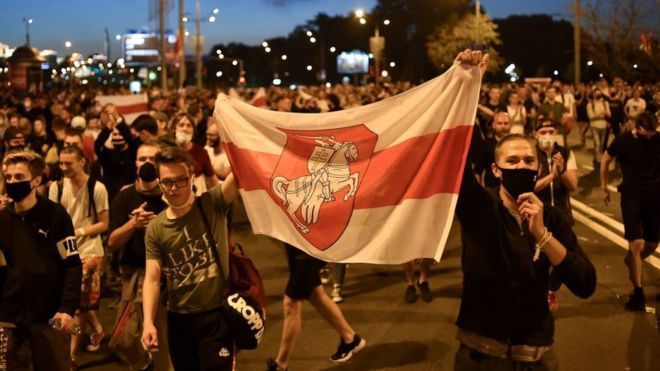 Presidential elections were held in Belarus yesterday. According to preliminary official data from state exit polls, Alexander Lukashenko won about 80 percent of the votes, his main rival Svetlana Tikhanovskaya — 6.8 percent.

According to media reports, clashes between the demonstrators and riot police officers began immediately after the closure of polling stations in the center of Minsk.

«The protest began after the end of voting at the intersection of Masherov and Pobediteley Avenues. The protesters shouted: «Shame!», they were supported by beeps of passing by motorists in the framework of the so-called «auto rally of not agreeing,» TASS reports.

According to BBC, security forces began using flashbang grenades to disperse the protesters, as well as rubber bullets.

Local media report that protests and clashes with the police took place not only in the capital, but also in other cities.

According to the latest information, the Ministry of Internal Affairs of Belarus reports that they have taken control of the situation. «The police are monitoring the situation at unauthorized mass events,» BelTA agency reports, citing the ministry.

The media also report that Alexander Lukashenko and his family have left the country.