Kyrgyz band to participate in The Beatles festival in Liverpool

The Rolls music band from Bishkek received an official invitation to participate in the annual The Beatles International Festival, which will be held from August 26 to September 1, 2020 in Liverpool. Solo guitarist and vocalist of the band Daniyar Dzhumanazarov told 24.kg news agency.

According to him, they are the only band from Kyrgyzstan that made their way to this festival. The application was submitted back in 2016, but then it did not work out, because they failed to meet the deadline.

«This time we did everything on time. We recorded videos separately, sent links to our pages on social media in order the festival organizers could see that we actually perform the Beatles songs. We even recorded a separate video with four songs. At first, we were afraid that they would ignore us as we border China, and there is the coronavirus. But it worked out. So, we will go to Liverpool. This is the first time in history when Kyrgyzstan takes part in such a festival,» Daniyar Dzhumanazarov told. 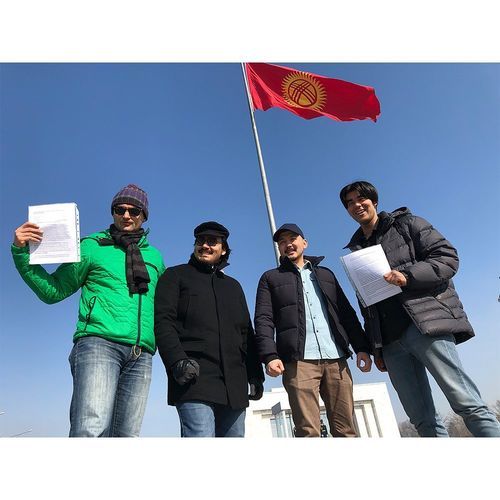 The Kyrgyz band will get an official profile on the website https://www.internationalbeatleweek.com/ and a separate page in the official program of the festival. Over the course of the week, they will be performing at dozens of Liverpool venues in front of thousands of The Beatles fans, who usually come to Beatleweek from more than 40 countries.

The festival has been held since 1977 by the decision of the first «congress of the Beatles fans.» Foreign teams began to participate in it since the end of the 1980s. Russia and Kazakhstan took part in it. Kyrgyz rock band The Rolls will continue this list along with other artists. Last year, it was attended by 70 bands from 20 countries.