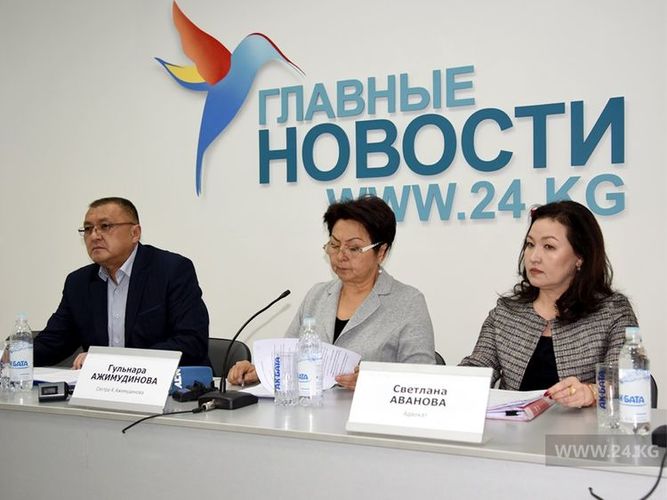 State of health of a creator and main founder of Aknet company, Kuban Azhimudinov, sharply deteriorated. His sister Gulnara Azhimudinova told at a press conference at 24.kg news agency.

According to relatives, this is due to the illegal arrest of the head of one of the leading providers of Internet services and far-fetched charges.

As Gulnara Azhimudinova noted, Kuban Azhimudinov has diabetes mellitus. He also has a heart condition and needs surgery. However, it is postponed, because doctors can not lower his blood sugar level.

Gulnara Azhimudinova also stated that a billion soms had disappeared from the accounts of Aknet company somewhere and the company cannot fully make payments, including to Internet connection providers.

She noted that Kuban Azhimudinov is charged with non-payment of taxes. And after he has paid all the debts, the criminal prosecution, despite the assurances of the State Service for Combatting Economic Crimes, is still ongoing. The investigation, conducted by the Ministry of Internal Affairs, is called by the relatives of the arrested superficial and biased.

A criminal case was opened against Kuban Azhimudinov. He is charged with embezzlement of entrusted property, evasion of taxes and other obligatory payments to the budget, illegal arms, ammunition trafficking, and falsification of documents. He is at the National Cardiology Center with a suspected heart attack. The Pervomaisky District Court of Bishkek, where the case is being considered, made a decision to send an official request to the medical institution in order to receive confirmation, after which the trial will continue.

The Internet service provider Aknet came to the attention of the State Service for Combatting Economic Crimes at the end of November 2018. The reason for the proceedings was an appeal to the Financial police of one of the co-founders of the company. He accused his partners of understating the proceeds, transfer of money from the LLC, concluding fictitious agreements and other offenses. The company currently has a new team of top managers.