A car with Kyrgyz state number plates got into a traffic accident in Chelyabinsk Oblast of Russia. All passengers died. 74.ru reports. 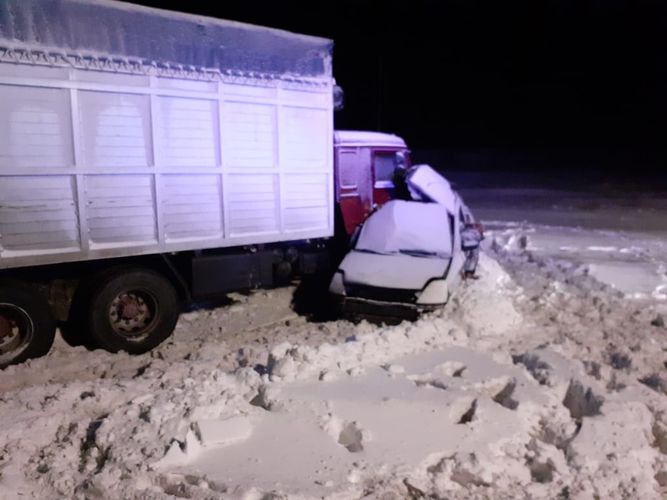 «Both vehicles had the state number plates of other states. KAMAZ was traveling from Kazakhstan, where it is registered, and the Honda Odyssey car had KG mark on its number plate,» 74.ru media outlet reports.

According to one version, the cause of the accident could be a bad weather: due to deterioration in visibility, the Honda car drove into the oncoming lane and collided with the truck.

A 33-year-old man was driving KAMAZ. He was not injured. All the dead — five men — were in Honda Odyssey car. According to preliminary information, they are all citizens of Kyrgyzstan.

The Embassy of Kyrgyzstan in Russia confirmed the information and told 24.kg news agency that they were finding out passport data of the dead. Representatives of the diaspora visited the scene.