Presentation of a collection of interviews with the leader of Ata Meken political party of Kyrgyzstan Dialogues of Omurbek Tekebayev with Elgezit.kg took place today in Bishkek. The book includes more than a dozen interviews of the ex-deputy of the Parliament with the online media outlet and some other media during the period of his detention on false corruption charges. 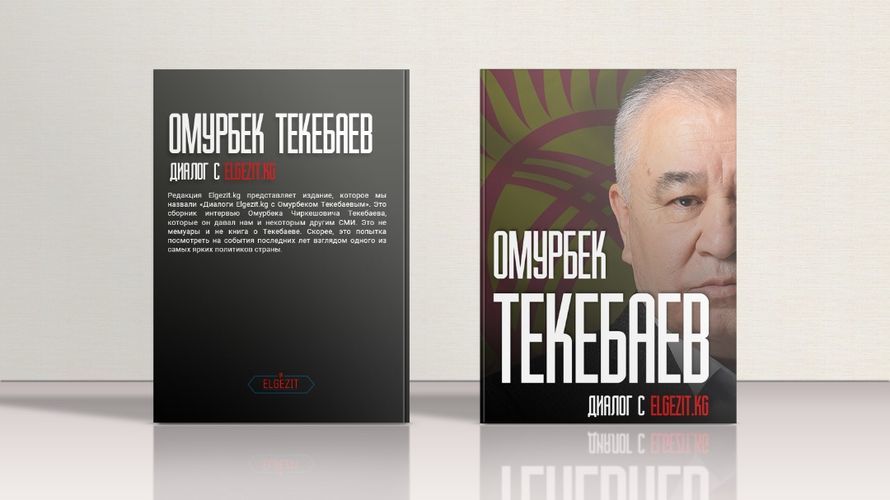 The book is a retrospective of events related to the beginning and essence of the conflict between two politicians — Almazbek Atambayev and Omurbek Tekebayev.

Speaking at the presentation, Omurbek Tekebayev noted: through the development of the conflict with Almazbek Atambayev, one can clearly see how ingloriously political career ends, if the chance given by fate, the God, and the people is not used.

The events that are described in the interview are a lesson for any government, including for Sooronbai Jeenbekov.

According to the former deputy of the Parliament, Sooronbai Jeenbekov ruined Almazbek Atambayev’s plans to extend his rule unconstitutionally.

However, Omurbek Tekebayev believes that time has come when the president needs to show political will and take real steps in order the country can switch to a parliamentary form of government.

«Despite the fact that both Atambayev and Jeenbekov declared that they were supporters of the parliamentary form of government, a super-presidential power has been created and is being strengthened in the country. If this continues further, then the reign of Jeenbekov may end in an undesirable way both for the country and for himself,» warned Omurbek Tekebayev.

According to the leader of Ata Meken, the following steps of Sooronbai Jeenbekov can demonstrate to the society the reality of his disinterested intentions: formation of Parliament under the new rules, which consists in lowering the electoral threshold to three percent, and the introduction of preferential voting.

The politician also suggests the head of state to withdraw the Anti-Corruption Service from the SCNS system and transfer it to the Government.

Omurbek Tekebayev believes that this will allow Sooronbai Jeenbekov to «destroy our vicious tradition of ruling the country contrary to the Constitution.» And the president of the country himself will be given a chance to leave his mark in the history as a statesman who carried out a real transition of Kyrgyzstan from the presidential power to the parliamentary republic.