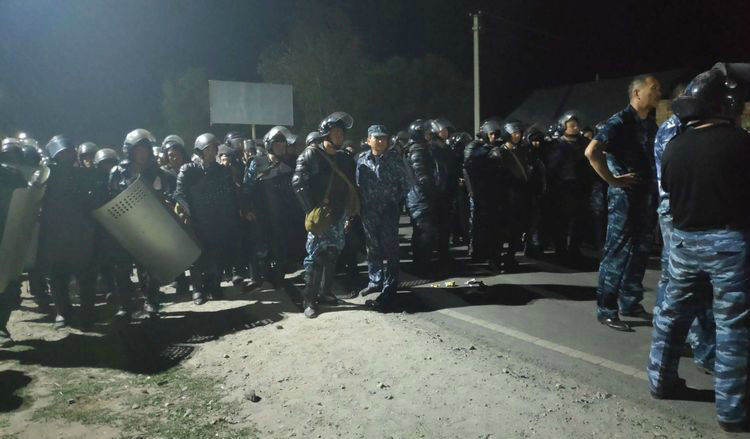 Members of the State Commission on Investigation of Events in Koi-Tash on August 7-8 were not allowed into the territory of residence of the former president of Kyrgyzstan Almazbek Atambayev. As one of the commission members Arthur Medetbekov stated to 24.kg news agency, this will not influence conclusion of the commission.

In his opinion, the state commission works objectively and impartially. The opinions of all parties in the conflict have been taken into account.

«For completeness of the picture, after meeting with residents of Koi-Tash and Arashan villages and inspection of their houses, which were damaged on August 8 as a result of clashes with police officers, we went to Atambayev’s residence. However, the security and his supporters did not open the gates to us. I do not see a tragedy in this. We already have enough materials,» said Arthur Medetbekov.

He added that the villagers were very hostile towards the commission members. They constantly enter into a skirmish and accuse of bias.

«But we will do our best so that there are no complaints against our conclusion,» Arthur Medetbekov stressed.

Recall, work of this commission was extended until November 1.

After the arrest of Almazbek Atambayev, the Prime Minister created a state commission to study the situation in Koi-Tash village, Alamedin district of Chui region on August 7-8, 2019. It includes the Deputy Prime Minister Jenish Razakov, members of the Parliament, government representatives, public figures and experts. They should submit their conclusion to the Parliament.