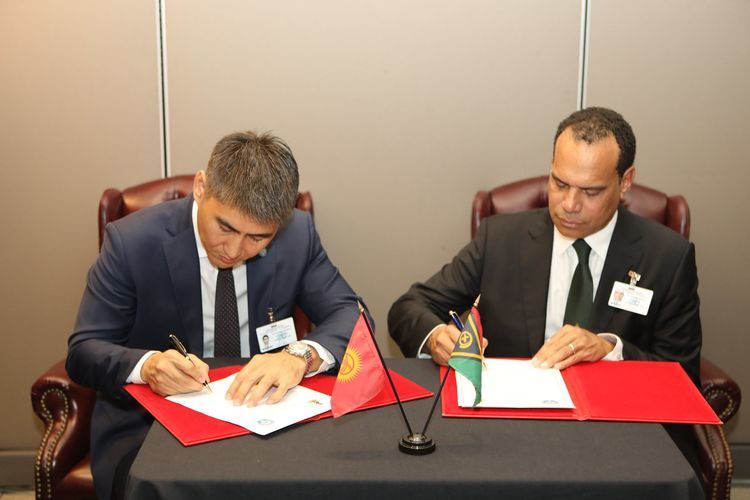 Kyrgyzstan established diplomatic relations with a number of states. The Information Department of the Ministry of Foreign Affairs of the Kyrgyz Republic reported.

Bilateral meetings between the Minister of Foreign Affairs of Kyrgyzstan Chingiz Aidarbekov and the heads of the delegations of Kiribati, Vanuatu, Saint Vincent and the Grenadines and Cape Verde were held in New York on the sidelines of the 74th Session of the UN General Assembly.

The ceremony of signing of joint communiqué on establishment of diplomatic relations also took place.

During the meetings, the parties discussed issues of interaction on the agenda of the 74th Session of the UN General Assembly and mutual support of candidates for elected UN bodies.