The President of Russia Vladimir Putin and his Kyrgyz counterpart Sooronbai Jeenbekov watched an active phase of Center-2019 strategic command and staff exercises in Orenburg Oblast of Russia.

The exercises are held at Donguz training ground near Orenburg Oblast. Sooronbai Jeenbekov thanked his Russian counterpart for the invitation and stated that, having watched these drills, he experienced joy and pride, as well as felt enthusiasm of our armed forces. 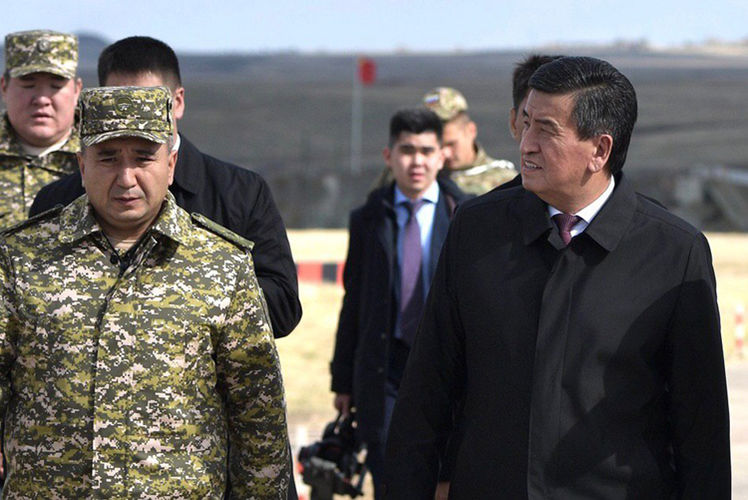 Together with the leaders of the Russian Federation and the Kyrgyz Republic, maneuvers are monitored by the Russian Minister of Defense Sergey Shoigu, Deputy Minister Yunus-Bek Evkurov and Chief of the General Staff of the Russian Armed Forces Valery Gerasimov.

About 130,000 servicemen from eight countries — Russia, China, Pakistan, India, Kyrgyzstan, Kazakhstan, Tajikistan, and Uzbekistan — participate in Center-2019 exercises. In addition to personnel, more than 20,000 units of military equipment and weapons and about 600 aircraft are involved, and some episodes will take place «according to separate plans» at the training grounds of partner countries. The exercises will end on September 21.