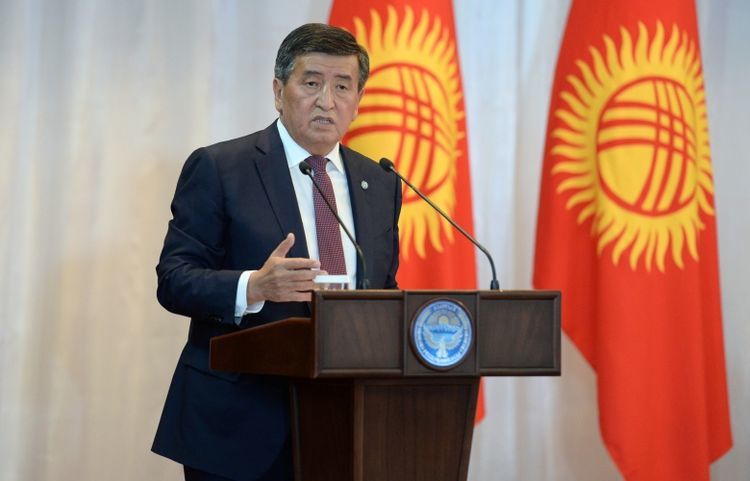 «Implementation of judicial reform needs support of the population since there are enough forces who want to disrupt the reform and live in the old way. There is not any reform without flaws, but we should not turn off the planned path,» said the President of Kyrgyzstan Sooronbai Jeenbekov at a meeting with residents of Ak-Tala district of Naryn region.

According to the press service of the head of state, Sooronbai Jeenbekov noted that work has been stepped up to cleanse the judicial system, law enforcement agencies and improve legislation.

«The main objective of judicial reform is to achieve a fair trial,» he stressed. «Introduction of digital infrastructure and video surveillance systems is a priority. This will reduce corruption. All cases will be registered in a single register.»

«Opening and closure of cases at someone’s will will not work. We are getting rid of the old repressive laws and switching to new legal standards. Not very serious offenses were removed from the crime category and are regarded as misconduct within the framework of humanization of the law. Perpetrators of misconducts are not deprived of their liberty; fines and community service are imposed. Offenders, especially young people, will not be detained and get under the influence of criminal structures,» the president said.

Mining operations at Kumtor mine to be fully resumed next week