President of Kyrgyzstan Sooronbai Jeenbekov, within his official visit to the Swiss Confederation, met with representatives of Swiss large business in Bern. The Information Policy Department of the head of state reported.

The president told in detail about measures taken to improve the investment climate and create favorable conditions for doing business in the country, especially for small and medium-sized businesses. Sooronbai Jeenbekov added that the republic has one of the most liberal fiscal regimes in the region.

He stressed that all sectors of the economy are open for external investors in the Kyrgyz Republic.

«The tools of public-private partnership are actively promoted. Access to affordable resources, including electricity, provides comparative advantages for joint ventures. Electricity tariffs are the lowest among the countries of the Commonwealth of Independent States. Kyrgyzstan’s membership in the EAEU opens up the potential of the 180-million market,» said the president.

Representatives of Swiss business circles expressed their readiness for joint cooperation in the implementation of various investment projects. They told about the possibilities of interaction in the areas of digitization, certification, finance, energy, tourism, oil refining, production of dairy products.

Investment companies, assisting the Swiss business community in the implementation of projects in the CIS countries, informed about their future visit to Kyrgyzstan.

Heads and representatives of such large enterprises as Herculis Partners, ABB Schweiz, Tatneft Europe, OBVIAM Investing for Impact, Blue Orchard Finance, Integral Petroleum, SICPA, Switzerland Tourism, as well as the Swiss Chamber of Commerce, Swiss State Secretariat for Economic Affairs (SECO) and others participated in the meeting with the head of state. 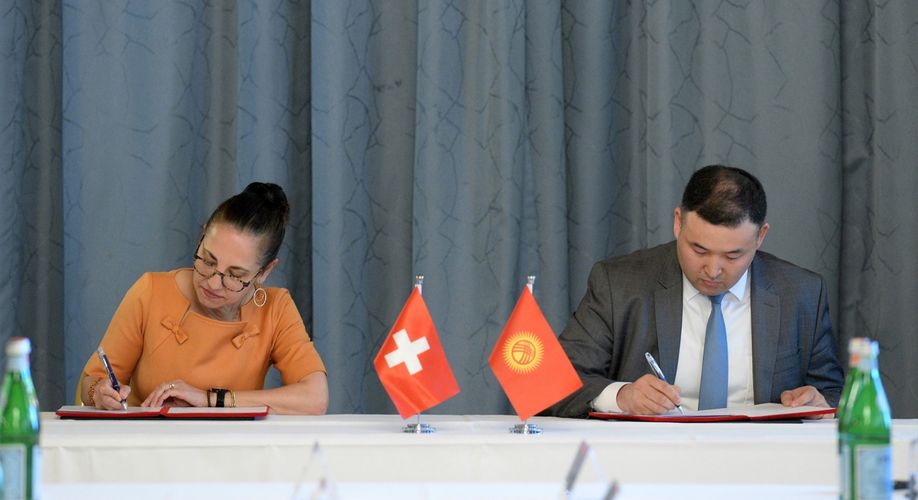 Following the meeting, a number of documents were signed:

— On mutual cooperation between the Agency for the Promotion and Protection of Investments of the Kyrgyz Republic and the Chamber of Commerce of Switzerland;

— On mutual understanding and cooperation between the Tourism Department of the Ministry of Culture, Information and Tourism of the Kyrgyz Republic and the national marketing organization Switzerland Tourism in the field of tourism;

— Between the Ministry of Health of the Kyrgyz Republic, the National Center for Cardiology and Therapy named after M. Mirrakhimov, and the University of Zurich and the Hospital of University of Zurich on cooperation in the field of respiratory, internal and high-altitude medicine and research.