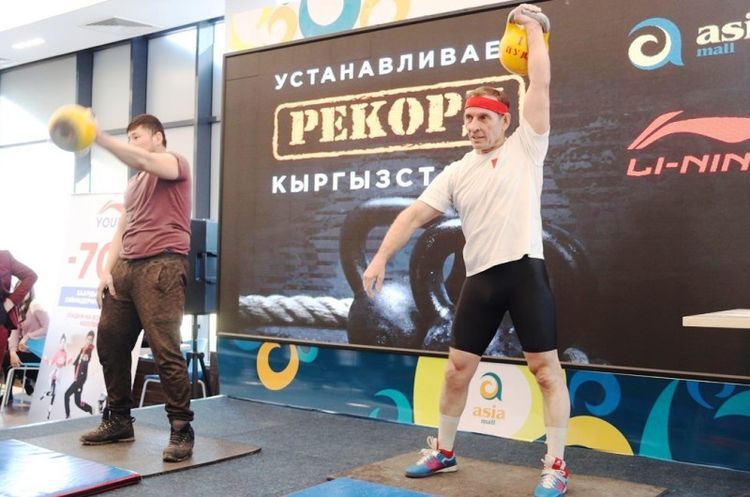 According to him, a weightlifting marathon, dedicated to Defender of the Fatherland Day, was held on February 16 in the capital. Four-time world champion, weightlifting champion of Europe Alexander Petrov lifted 16 kg kettlebell 2,500 times for 2 hours and 20 minutes. This is a world record among veterans.

“He rubbed bloody calluses on both hands, but did not put his kettlebell on the ground and did not stop to rest. The total weight that he lifted was 40 tons. The marathon was held at one of the shopping centers and attracted the attention of many people. While our champion was lifting the weight, competitions were held. This is a good contribution to the popularization of our sport in the country. In the autumn, we plan to hold a similar event at Sulaiman-Too and dedicate it to Osh city birthday. Alexander Petrov plans to lift the weight 3,019 times,” Shamil Yargaev told.