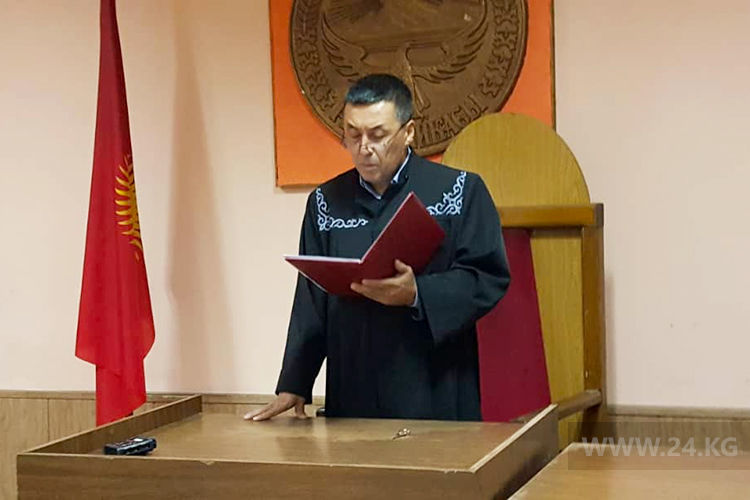 Hearing of the case against the ex-MP Kanybek Osmonaliev ended in Pervomaisky District Court of Bishkek.

Recall, prosecutor Bakyt Dokturbekov asked for the former parliament member up to 15 years in prison. Lawyers of the defendant and Kanybek Osmonaliev asked to acquit him for lack of corpus delicti. The defense believes that the case has a political motive.

Coming out of the consultation room, the judge Emil Kaipov read the acquitting verdict based on the failure to prove the guilt of the former deputy.

The court concluded that the testimony that Kanybek Osmonaliev had been extorting a bribe was obtained under pressure.

The former parliament deputy was acquitted in part of abuse of office.

The criminal case against officials of the Ministry of Education and Science and the Kyrgyz-Russian Slavic University on the fact of illegal enrollment of 24 entrants to the medical faculty in September 2013 was initiated on May 12, 2014. According to the Prosecutor General’s Office, the investigation found out that applicants were enrolled in the university at the request of the deputy of the Parliament Kanybek Osmonaliev.