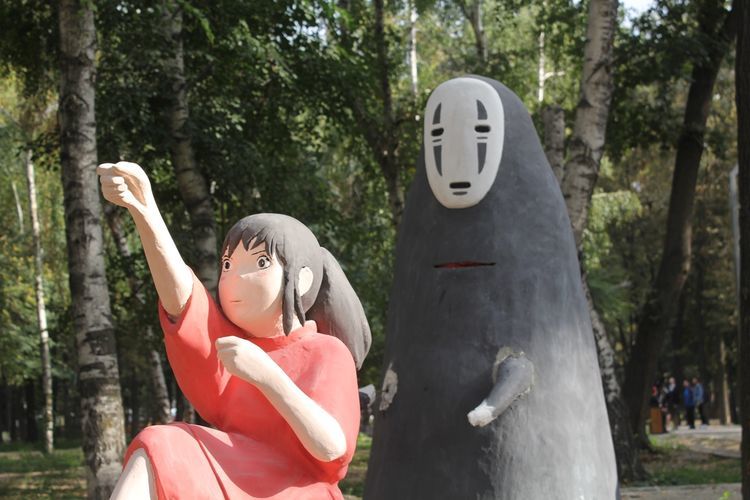 Sculptures based on the Japanese animated film Spirited Away appeared in Fuchik park in Bishkek. The Institute for Youth Development reported.

The sculptural composition Purify Bishkek is made of recyclable materials and symbolizes environmental problems. The initiative was offered by a young Bishkek resident Tilek Kurmanov.

According to the author, it is impossible to solve the large-scale pollution problem in Bishkek without support of the city’s residents. The composition is aimed at bringing to the people with the help of well-known and long-beloved characters the need to participate in the solution of such an important problem for Bishkek.

Emil Sydykov, acting Chairman of the Bishkek City Council, also urged the citizens to keep the city clean and not to stand apart from the problems associated with the environment. He noted that the Bishkek City Council was ready to actively support the initiatives of citizens, as it awakens their potential and sense of responsibility for the city.