Kyrgyzstani for the first time became a Security Officer of FIFA and will serve the matches of FIFA World Cup 2018. The Football Federation of Kyrgyzstan reported.

According to its data, in 2016 the International Football Federation announced a competition for participation in the program «Female Security Officer» for potential officers, who are well-informed and experienced in sport security issues.

In May 2016, the Kyrgyz Football Federation, together with the Ministry of Internal Affairs, nominated Tynara Mavlyanova, a police major, who was selected and presented Kyrgyzstan at FIFA security seminar. 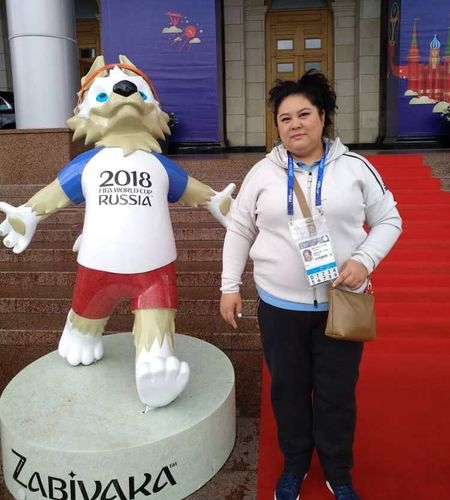 She successfully passed all the tests and was included in the FIFA database. Before the FIFA World Cup in Russia, the headquarters confirmed her appointment. Tynara Mavlyanova will serve the matches of the world championship in Kaliningrad city as a security officer.

Over the past two years, Tynara Mavlyanova rose through the ranks from a soldier of the Special Rapid Deployment Force of the Ministry of Internal Affairs to the chief of the special operations regiment Shumkar, and was also given the rank of the police lieutenant colonel.

Situation at border: Families of killed to get one million soms each