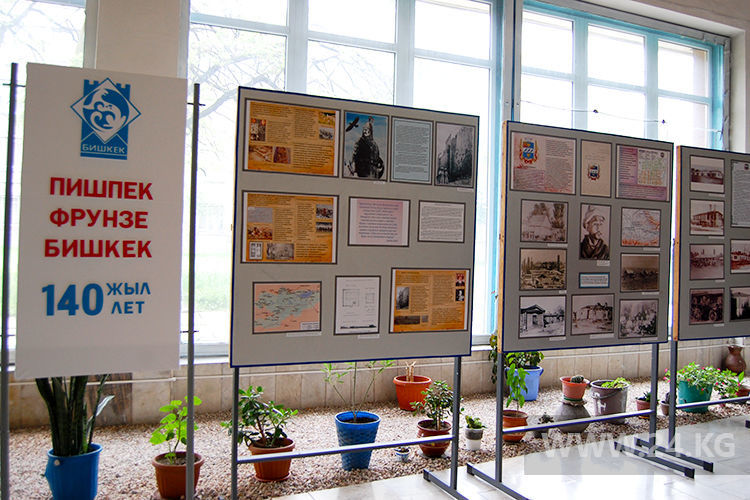 A documentary photography exhibition «Pishpek — Frunze — Bishkek,» dedicated to the 140th anniversary of the capital opened today in the Kyrgyz State House-Museum of M. Frunze.

According to the employee of the house-museum Gulira Nurbaeva, the goal of the exhibition is to tell a short story of Bishkek. «We presented exhibits from our foundation and the central archive. They illustrate the life of the city, when it was just emerging, show how it developed and what it has achieved now,» Gulira Nurbaeva said. «We also presented drawings of students of one of the schools. We thought the guests would be interested to know how our children see the city.»

She stressed the symbolism of the exhibition place: «Our city had been named after Mikhail Frunze for 65 years. The house, where he was born, is almost as old as Bishkek: it was built in 1879. The museum building is an architectural monument of the 20th century.»

«The exhibition will last more than a month. Even before the opening, we felt the interest of the public,» added Gulira Nurbaeva. «Previous such an exhibition was timed to the 135th anniversary of Bishkek.»