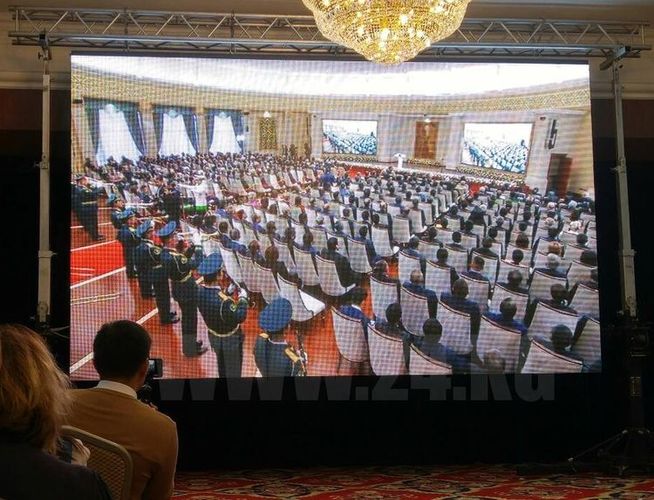 The inauguration of Sooronbai Jeenbekov began in Ala-Archa State Residence.

The solemn ceremony of the official inauguration of the president takes place at Ene-Sai Reception House of the State Residence.

Earlier it was reported that 450 guests were invited to the inauguration, including Heroes of Kyrgyzstan, cultural workers, artists, Cabinet members, deputies of the Parliament, participants and families of the victims of April 7, 2010 events.

Sooronbai Jeenbekov won the elections held on October 15. He won 54.77 percent of votes.