Inauguration of Sadyr Japarov will be broadcast on the screen on Ala-Too square in Bishkek. Spokeswoman for the President, Galina Baiterek, confirmed the information to 24.kg news agency.

A screen is being installed on the square. 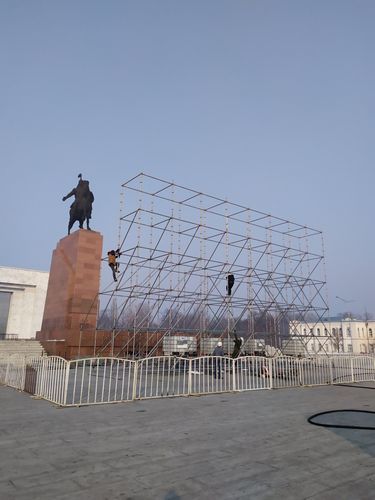 According to her, the solemn event itself will be held at the Philharmonic Hall. «Since there is a limited number of seats, the inauguration ceremony will be broadcast live by OTRK, as well as on all LED screens in the capital, in order everyone can watch it,» she said.

Press service reported earlier that the inauguration of the newly elected president of the country will take place without participation of journalists. It will take place on January 28 at the Philharmonic Hall in Bishkek.