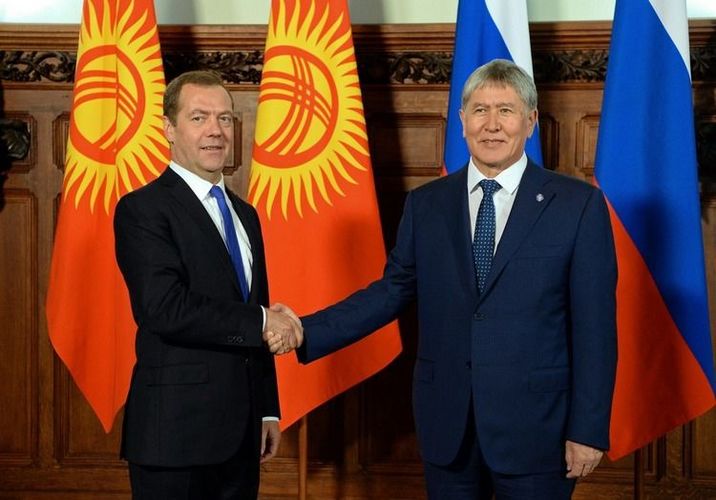 Kyrgyz President Almazbek Atambayev today met with the Russian Prime Minister Dmitry Medvedev as part of his state visit to .

«You already had talks with the Russian President. They were multifaceted, so to speak, characterizing the multifaceted cooperation between the and . Cooperation is developing, despite the economic difficulties that each country has. Nevertheless, ties between the countries are strengthening, the economy is improving in both states," Dmitry Medvedev said.

He noted projects that are now jointly implemented both on a bilateral basis and within the framework of the Eurasian Economic Union.

«I express the hope that your visit will serve to strengthen bilateral cooperation and friendly relations between our peoples," Dmitry Medvedev concluded.

President Almazbek Atambayev noted that he was glad to discuss current cooperation issues and outline plans for the future. The head of state stressed that relations between and are at a completely different level now.

«We managed to bring relations between countries to the level of fraternal, friendly, and most importantly, strategic relations," Almazbek Atambayev concluded.