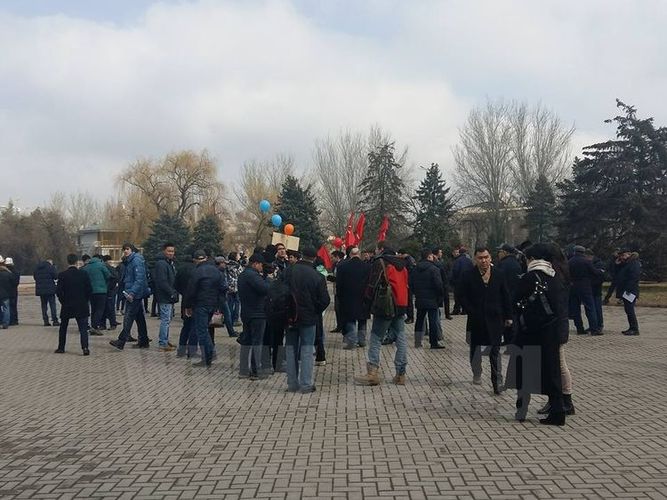 Photo 24.kg news agency
Participants in the march in support of political rights and freedom of speech were divided into two parts.

One part remained at the scene of the clash with the police — at the crossroads of Baitik Baatyr and Bokonbaev Streets. The second part of the column reached the final point — to the on Abdrakhmanova / Chui.

According to Edil Baisalov, «the authorities didn’t say the reason for the detention of peaceful marchers.»

Participants of the march believe that detainees should be released by the end of the day.