Border units stationed in Leilek district of Batken region of Kyrgyzstan have been put on combat alert. As the press service of the Border Service of the State Committee for National Security said, this was done in order to prevent escalation of conflicts.

Heads of Batken region of Kyrgyzstan and Sughd region of Tajikistan met today. According to the press service of the Presidential Envoy to the region, heads of Leilek and Batken districts, heads of defense and law enforcement agencies took part in the meeting.

Abdikarim Alimbaev and Rajabba Ahmadzoda discussed the latest events at the Kyrgyz-Tajik border — the beating of Kyrgyz schoolchildren in Dakhma area, Kok-Tash village and detention of two teenagers by the Tajik security forces at the border.

The detainees have been released as a result of negotiations between the heads of the regions. 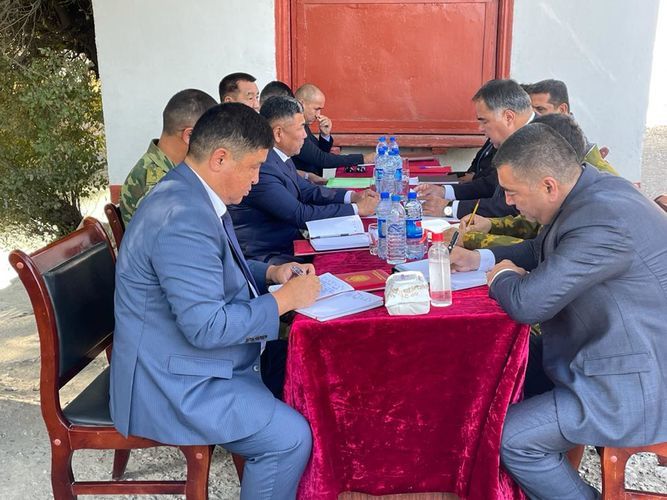 Orhan Inandi’s case: The kidnapped was tortured in Bishkek