The head of the Ministry of Culture of Kyrgyzstan discussed the renovation of the Osh State Academic Uzbek Music and Drama Theater named after Babur in Osh city with the Ambassador of Uzbekistan. Press service of the ministry reported.

The Minister of Culture, Information, Sports and Youth Policy Kairat Imanaliev met with the Ambassador Extraordinary and Plenipotentiary of the Republic of Uzbekistan to Kyrgyzstan Khurshid Mirzakhidov. 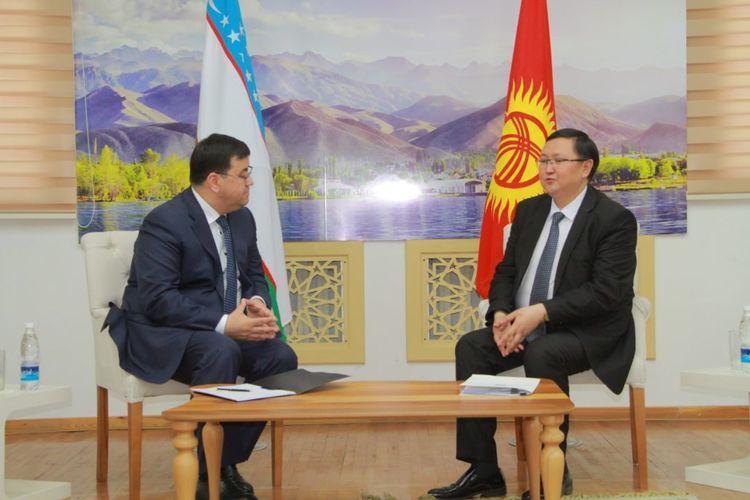 The parties discussed issues of bilateral cooperation in the fields of culture, sports and youth, noting the importance of implementing the agreements previously reached during the visit of the head of state to the Republic of Uzbekistan, in particular, holding the Days of Culture of Kyrgyzstan in Uzbekistan, quotas for study of talented Kyrgyz youth in popular areas in universities of culture and art of the neighboring country, renovation of the Osh Uzbek Music and Drama Theater named after Babur, holding joint events dedicated to the 30th anniversary of the independence of the two states.