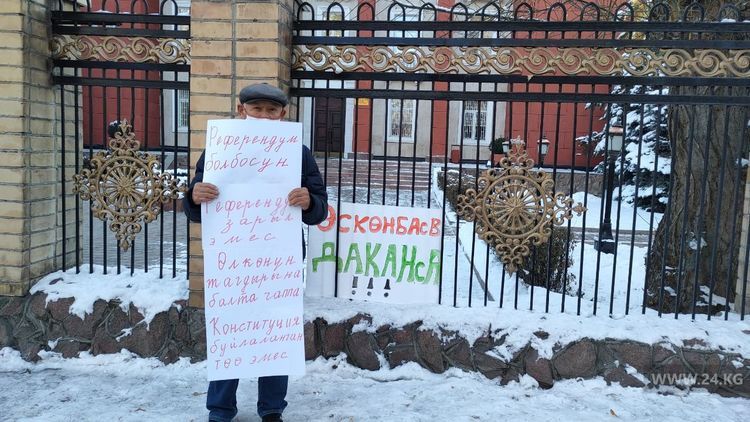 An activist Ondorush Toktonasyrov is holding a single-person protest at the building of the Constitutional Chamber in Bishkek.

He demands to cancel the referendum on the adoption of the draft new version of the Basic Law.

Today, the Constitutional Chamber is to consider a statement by the leader of Reforma party Klara Sooronkulova, lawyers Taalaibek Usubaliev and Nurbek Kasymbekov.

The statement says that the Parliament ignored Paragraph 8 of Article 10 of the regulations of the Parliament. It sets that stabilization of the social and economic situation should be conditioned by imposing a state of emergency, an emergency situation or force majeure circumstances. On October 22, the day the law was passed, the state was not in any of these states.