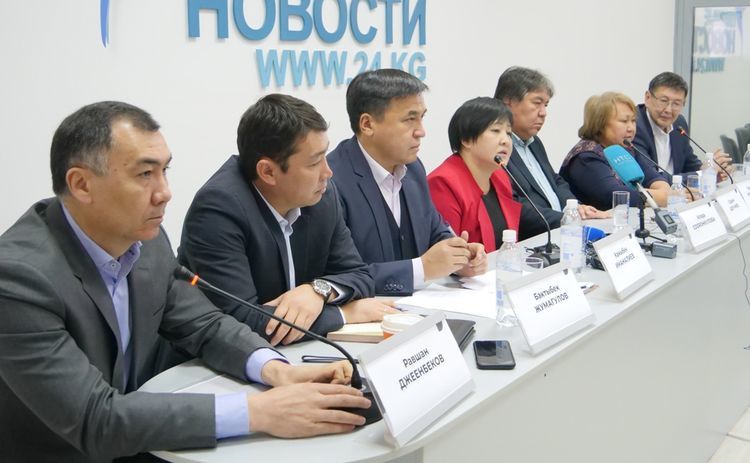 Former judge of the Constitutional Chamber, presidential candidate Klara Sooronkulova said at a press conference at 24.kg news agency that the principle of equality before the law was being grossly violated, and early presidential elections could turn into another dirty and dishonest campaign.

Related news
Sadyr Japarov ready to postpone date of constitutional reform
According to her, Sadyr Japarov is flagrantly breaking the law. He is already using administrative resources, using his powers, he has traveled all over the country with campaign appeals. «He has a huge influence on decision-making and participates in political processes. His interview yesterday is proof of that. The fairness and honesty of the elections is questioned,» said Klara Sooronkulova.

She also demanded to announce the list of 268 pardoned convicts.

She was supported by Sadyk Sher-Niyaz. He added that in his interview yesterday, Sadyr Japarov spoke very disrespectfully about his opponents, and this can be regarded as possible reprisals.

In his turn, another participant of the press conference, Kanybek Imanaliev, said that if Sadyr Japarov becomes president, the country would get the most illiterate manager in history. «He didn’t even graduate from the Physical Culture Institute,» said Kanybek Imanaliev.

He believes that if Sadyr Japarov becomes president, Kyrgyzstan will turn into a second Afghanistan.