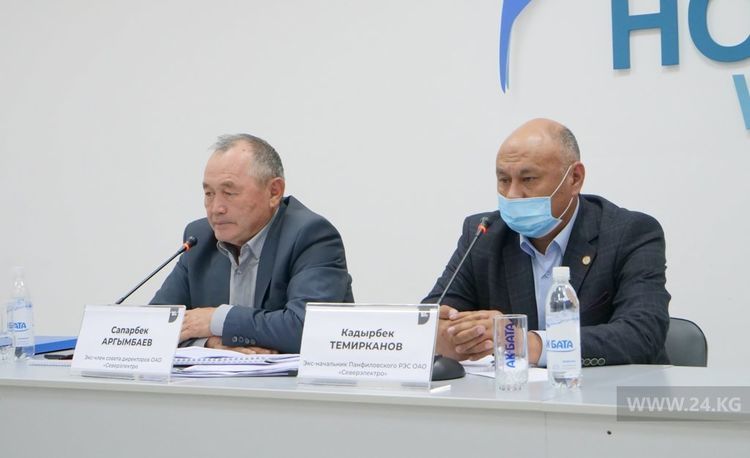 The new government urgently needs to impose a moratorium on expanding the number of intermediary companies that resell electricity. Ex-member of the Board of Directors of Severelectro OJSC, Saparbek, Argymbaev announced today at a press conference at 24.kg news agency.

According to him, as of October 1, the debts of the energy sector were estimated at 103 billion soms. Due to the growth of the dollar exchange rate, they increased by other 10 billion soms. It is now unclear how to pay them off. At the same time, companies that are engaged in the wholesale purchase of electricity are earning immense amounts of money. If the wholesale price for electricity was increased, then the income of state-owned companies would increase significantly.

As an example, he cited the situation with Vostokelectro, which operates in Issyk-Kul and Naryn regions of Kyrgyzstan. At the same time, the company mainly serves household consumers. Large commercial structures get electricity from private companies.

«Funds are washed out of the energy sector through the low price for the wholesale purchase of electricity. In order not to lose the industry, we need to impose a moratorium on expanding the number of resellers of electricity. We need to sort out the rates for these companies and identify those officials and deputies who support them. After all, the issuance of licenses for the resale of electricity is almost put into production line,» Saparbek Argymbaev said.