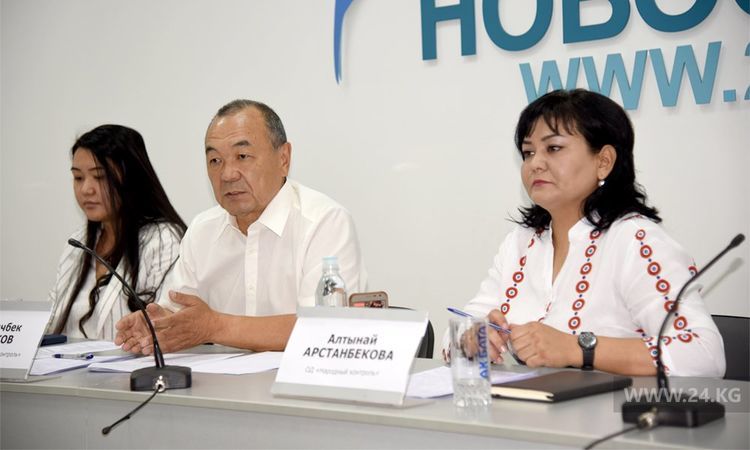 Former deputy speaker of the Parliament of Kyrgyzstan, leader of People’s Control movement Kubanychbek Isabekov proposes to amend the Constitution. He stated this today at a press conference at 24.kg news agency.

According to him, the Basic Law is very contradictory, and there are many inconsistencies in it, including in a package of articles on elections and powers of Parliament and the President.

«An important forthcoming event is the election of deputies of the Parliament. But external and internal debts are growing, unemployment is growing, migration problems have not been resolved. Conflicts at the border do not stop. External debt increased by half a billion soms this year alone. Our government turned out to be not ready to fight against coronavirus. But the deputies are concerned with not helping the country, but getting into the seventh convocation in transit. That is, they pursue their selfish interests,» Kubanychbek Isabekov said.

He believes that all these problems can be solved, but first it is necessary to regain some order in the legislative framework and start with the Constitution.

In particular, it is necessary to reduce the number of parliament members, to lower the electoral deposit, to reanimate the majority system to have a wide representation of the interests of voters. Kubanychbek Isabekov proposes to deputies to introduce amendments, and also to create the Government of peoples’ trust.

The former vice speaker said that he and his movement are in official and constructive opposition.

But negotiations with politicians and parties are periodically conducted. «I met with Temir Sariev, Adakhan Madumarov, current deputies. I have received offers, invitations from 10 parties. All these years I have lived in peace. Yes, I would like to participate in the elections, but have not yet decided in which party,» Kubanychbek Isabekov said.

But looking at the current convocation, I am ashamed. This is a shame, they can’t put two words together.

He noted that it is not the time to divide people into Akayev’s, Bakiyev’s, Otunbayev’s or Atambayev’s, and called on all constructive forces to unite.